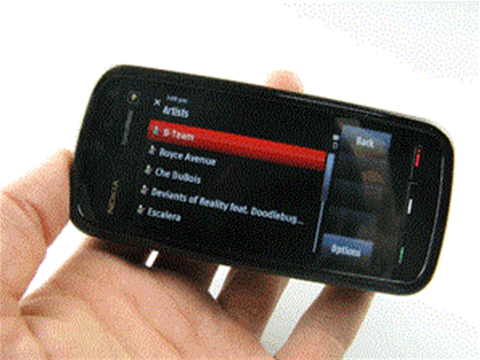 Australia's consumer watchdog is "in discussions" with Telstra and Optus to make sure their handset warranties covered the entire length of a customer's mobile services contract.

In a statement, the Australian Competition and Consumer Commission has accused telcos of avoiding their responsibilities "by arguing that if a handset fails, it's not part of the service contract, and the consumer is up for the cost of repair or replacement."

"Consumers who buy a mobile telephone as part of their service contract have the right to expect that the handset will last the length of that contract," ACCC chairman Graeme Samuel said.

The ACCC said it had reached an agreement with Vodafone Hutchison Australia (VHA) over the practice.

It now wanted to bring Optus and Telstra, "their resellers and agents up to the line".

"I am confident that these major suppliers will put their customers' interest first and step up," Samuel said.

"Of course, the ACCC is not asking for the companies to repair phones free of charge that have been damaged through misuse or accidental damage.

"This is about phones that fail through no fault of the customer."

The issue came to a head via VHA, which has now agreed that customers who bought their phone under a service contract would receive a retail warranty "at no extra cost for the contract's term."

The exception was for the iPhone, which came with a 12-month warranty, no matter what plan the customer used.

"This means that a customer on a 24-month service contract will receive free unlimited repairs if their handset is faulty for the entire 24 months," Samuel said.

"Also, VHA customers who had pre-paid contracts from 1 January this year who buy their handset will get an express warranty for 24 months.

"Further, VHA has undertaken to take all reasonable steps to provide a loan phone to customers while faulty phone is being repaired and that the repair will be done in a timely manner."