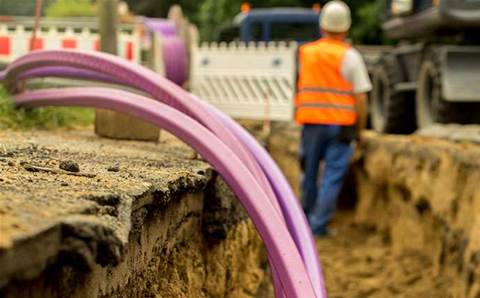 The Australian Competition and Consumer Commission has rejected an NBN proposal to bring new technologies such as fibre-to-the-node, fibre-to-the-building and hybrid fibre coaxial into its pricing and conditions framework, known as the Special Access Undertaking (SAU).

The framework covers the prices and other matters relating to the supply of wholesale internet services until 2040. The current SAU, accepted by the ACCC in 2013 only covers fibre-to-the-premises, fixed wireless and satellite technologies.

ACCC chairman Rod Sims said the commission's draft decision to reject the proposal concerned the NBN’s changes to some specific terms and conditions the fibre service provider was hoping to vary.

Key to the ACCC’s concerns were: service definition changes that would allow new technology introduced by NBN to fall under the SAU without new SAU amendment; removing the definition “network boundary point” from its service definitions; and lock-in provisions which could allow the NBN to provide services lower data rates.

Sims added that the regulator needed to be satisfied the proposed changes were reasonable and in the long-term interests of end users now until the end of the SAU term in 2040.

“While the ACCC agrees with the overall approach that NBN Co has taken to incorporate the additional technologies into the SAU, it has concerns about some of the specific terms and conditions that NBN Co proposes to vary,” he said.

“As the ACCC can only accept or reject an SAU variation, our concerns mean that our draft decision is to reject the variation. However, we have provided clear guidance in the draft decision on how NBN Co can address these concerns and introduce these new technologies into the SAU.”

The ACCC will seek further views on the SAU pricing provisions that would apply to NBN services on the FTTN, FTTB and HFC technologies, specifically on price terms and conditions. The closing date for submissions on the draft decision is 21 April 2017.

A full copy of the draft decision is available on the ACCC’s website.