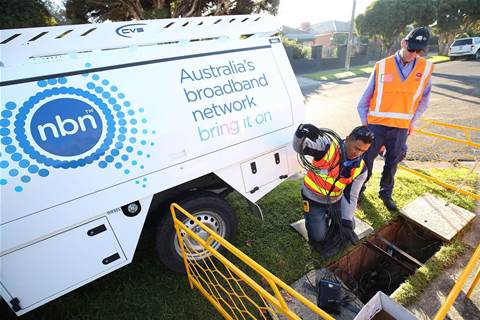 The Australian Competition and Consumer Commission (ACCC) claims that most households may not need to fork out more money for 100Mbps NBN plans, saying that some should consider downgrading to cheaper plans.

In the agency’s ninth regular Measuring Broadband Australia quarterly report, the ACCC found during a performance test in February, just before the COVID-19 outbreak, that higher priced NBN 100Mbps services “are not generally required” to support many households’ consumption of streaming services, and that in most cases a 50Mbps service is “sufficient”.

It was the first time the ACCC tested how different NBN plans would perform in streaming video content from Netflix and YouTube.

ACCC chair Rod Sims said, “These results should prompt consumers to consider whether they actually need to pay extra for a higher-priced plan, or whether a cheaper plan could meet their needs.”

“Consumers should consult RSPs’ key facts sheets which set out what plans are most suitable for using popular online services. If consumers are still uncertain what plan they require they can start on a lower speed plan and move up to a premium higher speed plan if and when they need to do so.”

The report also revealed that the increased demand put on the NBN at the onset of COVID-19 and the social distancing measures led to declines in speeds and performance, but was eventually alleviated when NBN Co offered RSPs 40 percent extra CVC for free.

Before the CVC boost, average speeds for the 50Mbps and 100Mbps speed tiers dropped by 14 percent and 23 percent, respectively.

“Broadband services have experienced unprecedented demand during the COVID-19 pandemic, as many people and small businesses have been working from home and making increased use of telehealth, online learning and other services,” Sims said.

“The most recent data from our Measuring Broadband Australia volunteers shows daytime NBN speeds have not been impacted by this additional demand, and evening speeds are mostly holding up well.”

The ACCC added that streaming providers also adopted measures to reduce bandwidth during busy evening hours, but may have led to reduced picture quality.

The report also found that fibre-to-the-node (FTTN) services are improving. “One positive development we have observed is more end users on underperforming services are having their issues resolved,” Sims said.

“We are seeing improvements with a higher proportion of NBN plans on FTTN connections achieving full speeds, however, one in five consumers on these connections are still paying for high speed 50 Mbps and 100 Mbps plans that are underperforming.”