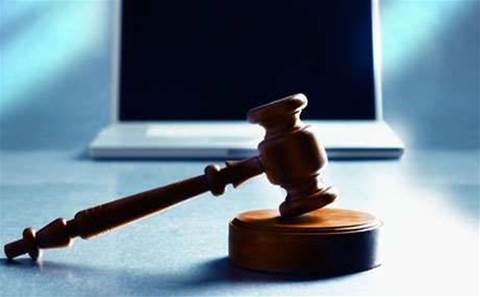 The Australian Competition and Consumer Commission has started legal action in the Federal Court against the operator of Melbourne online electronics reseller Electronic Bazaar, for alleged misrepresentations made to consumers.

Electronic Bazaar customers were allegedly told they were ineligible for refunds on items that were used or not in original packaging; not faulty on arrival; no longer under an express warranty; or if the claim was not made within a specific time period.

On four occasions, Chopra is accused of accepting payment without supplying products within the specified time, or within a reasonable time in cases when the period was not explicitly stated.

"Consumers are entitled to receive a refund, repair or replacement including when the goods purchased are faulty or do not match their description," said ACCC commissioner Sarah Court. "Traders cannot impose terms and conditions that exclude or waive these consumer guarantees under the Australian Consumer Law."

In response, Chopra told CRN that his business had been a victim of "customer fraud" multiple times.

"In retail there is a thing called a chargeback, where the credit card transaction has to be reversed for some reason or another. For example, it could be a wife who used a credit card without the husband's permission," he said.

"We have suffered from a lot of [consumer-side] scams... There are ongoing police cases and everything."

Through the Federal Court proceedings, the ACCC is seeking interim injunctions to "restrain Mr Chopra from continuing to engage in the alleged conduct", financial penalties, a declaration that Chopra breached the ACL, final injunctions and costs. The case is due to be heard in Melbourne on 16 December.

Electronic Bazaar would deny the allegations in court, Chopra said.

"Yes, I'll contest the claims and see what they want us to do. I don't know if they think we're making millions of dollars… but I'm happy to shut down the portal if that's what they want."

The Electronic Bazaar website lists Apple, Acer, Asus, Dell, Sony, Toshiba and Samsung as some of its vendors, with the company claiming that it is "Australia's biggest online shopping portal". The catalogue includes notebook computers, mobile phones, camcorders and electronic accessories.

Chopra claimed that it was unfair that online retail businesses in Australia had to compete with overseas sites that were not subject to Australian regulations and GST.

"We have to compete against all these Hong Kong retailers who don't have to pay GST or answer to [Australian authorities]. The last two years have been very bad... it's all been losses." he said.

CRN has seen some unverified complaints on consumer forums such as Whirlpool regarding experiences with the Victorian online retailer.

"Consumer issues in the online marketplace are an ACCC priority. The ACCC has a particular focus on representations about consumer’s rights when they are buying products or seeking refunds," said commissioner Court.