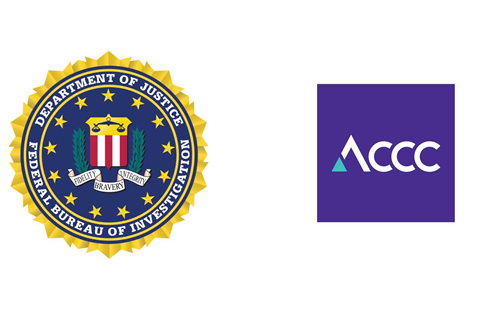 Australia’s Competition and Consumer Commission has won friend with benefits status with the United States’ Federal Bureau of Investigation.

The two agencies on Monday signed a Memorandum of Cooperation that “… provides for the exchange of expertise and staff between the two agencies to enhance work in the detection, investigation and prosecution of criminal competition offences.”

And that matters to CRN readers because the FBI has run investigations into technology cartels. In 2003 it chased Micron Technology for trying to fix DRAM prices. In 2012 the bureau famously busted open a cartel that fixed prices for LCD panels. In late 2018 the Bureau worked with Google to take down an ad fraud gang.

There’s no sign the FBI or ACCC have any tech-related activity currently under way. But tech giants do love using their muscle to squeeze markets into shapes that suit their purposes, so having our local regulator close to the FBI could be useful to CRN readers in the future.

ACCC chair Rod Sims certainly thinks the tie-up will help across the economy.

“Our relationship with the FBI has deepened considerably in the past few years, including a visit by FBI representatives to Australia to discuss investigative techniques and information exchange,” Sims said.

"There are significant benefits for ACCC staff and the agency more broadly in learning about the techniques and approaches of the FBI in cartel and other competition law investigations. The future co-operation between the FBI and the ACCC to detect and deal with criminal cartel conduct will be very important to us.”