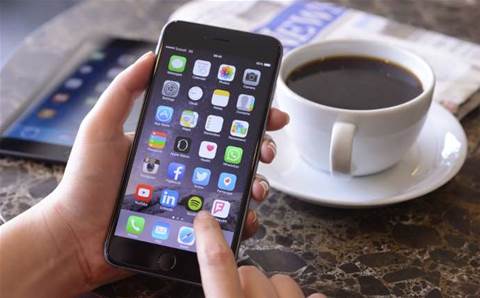 The Australian Competition and Consumer Commission will be querying Apple on its practice of deliberately deactivating iPhones that have been repaired by non-Apple service providers.

UK newspaper The Guardian reported last week that upon upgrade to iOS 9, the operating system would detect if the device’s home button or the fingerprint recognition sensor was not in its original state.

The iPhone could be in such a state as a result of repair by a non-Apple service provider or simply that the hardware was imperfect from use. Upon detection, the device displays “error 53”, with the operating system forcibly and permanently making the iPhone unusable – a practice known as “bricking” the phone.

Critically, the user has no opportunity of retrieving any data or personal information stored on the phone that has not been backed up into the cloud. Even Apple Store staff reportedly cannot reverse the bricking.

The ACCC told CRN that it was aware of the practice and would enquire with Apple.

“The ACCC is examining whether this practice contravenes the consumer guarantee and false and misleading representations provisions of the Australian Consumer Law. The ACCC would also be concerned about any practices which restricts competition, including through access to parts or data,” an ACCC spokesperson told CRN.

“The ACCC will be writing to Apple urgently seeking a response to the concerns that have been raised by consumers.”

CRN contacted Apple Australia but did not receive a response.

The Australian reaction follows concerns overseas that Apple’s policy is unlawful. US legal firm PCVA has called on affected users to register their interest about a potential class action lawsuit against the vendor.

“We believe that Apple may be intentionally forcing users to use their [Apple's] repair services, which cost much more than most third-party repair shops,” stated PCVA in its callout for victims.

“Where you could get your screen replaced by a neighborhood repair facility for US$50-80, Apple charges US$129 or more. There is incentive for Apple to keep end users from finding alternative methods to fix their products.”

In the UK, The Guardian reported a barrister as saying Apple’s “reckless” policy of “killing” iPhones could potentially be in violation of the Criminal Damage Act, which makes it “an offence to intentionally destroy the property of another”.

PCVA stated that the situation is analogous to repairing one’s car at a local mechanic.

“Under Apple’s strategy, your car would no longer start because you didn’t bring it to an official dealership. They intentionally disable your car because you tried to fix it yourself,” the law firm said.

“That is wrong, and we hope to prove that it violates various consumer protection laws in the United States.”