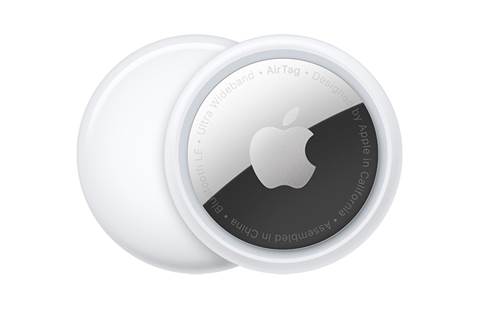 The Australian Competition and Consumer Commission is warning Apple AirTags users to keep them away from young children over safety concerns.

AirTags, recently released by Apple this year, are small Bluetooth tracking devices used to locate items like keys or wallets, and are powered by lithium coin cell ‘button’ batteries.

The ACCC said it was concerned that the device’s battery compartment could be accessible to young children, and the button battery can be removed with ease. The battery compartment lid also does not always secure fully on closing despite the accompanying sound playing.

The agency has raised the issue with the tech giant and discussions are ongoing.

“We were also concerned that the outer product packaging does not have any warning about the presence and dangers of button batteries, and we note that Apple has now added a warning label to the AirTag’s packaging,” ACCC deputy chair Delia Rickard said.

“However, this alone does not address our fundamental concerns about children being able to access the button batteries in these devices.”

The ACCC notes that in its public statements, Apple has stated the AirTag is “designed to meet international child safety standards, … by requiring a two-step push-and-turn mechanism to access the user-replaceable battery”, and that it is “working to ensure that [its] products will meet or exceed new standards, including those for package labelling, well ahead of the timeline required”.

Rickard added that the agency is continuing to investigate to determine what actions may be required to address the concerns.

“We are also liaising with our international counterparts on the safety of Apple AirTags, and at least one overseas public safety regulator is also examining the safety of this product at this stage,” Rickard said.

“As a safety precaution, we urge parents to keep AirTags away from their children. We know that small children can be fascinated by keys and love playing with them, so there is a risk that they could access this product, which is designed to be attached to a key ring, among other things.”

The ACCC said a number of large retailers, including Officeworks have stopped selling AirTags for the same concerns, and are also assessing whether there are issues with button battery safety in similar Bluetooth tracking devices.