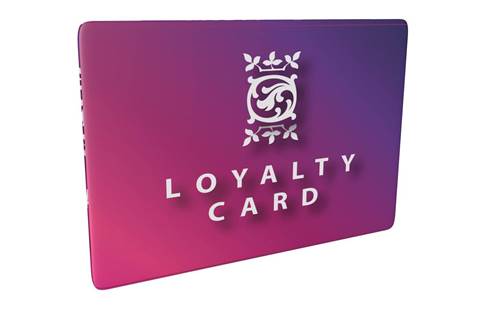 The Australian Competition and Consumer Commission (ACCC) has called on retail giants Coles and Woolworths to stamp out the entrenched practice of automatically linking their members’ payments cards to their customer loyalty profiles.

It's a move that if pushed through could cause a substantial reset of how businesses collect and peddle consumer data as Australia’s competition watchdog seeks to return control over personal details back to individuals away from corporations, platforms and commercial data miners.

And it's also a signal that the channel will need to pay more attention when working with the many vendors of loyalty schemes, many of them cloud-based and therefore offering the added complication of data sovereignty.

The push to reform the so-called loyalty scheme market comes as the ACCC on Tuesday released its report [pdf] from a probe into how information on shoppers is collected, urging some of the country’s largest scheme operators to improve their handling of consumer data and give members greater control over where it is shared.

The loyalty data market in Australia has been in flux since the Reserve Bank of Australia started forcing down interchange fees on credit cards over the last five years, most recently resulting in some retail banks dumping so-called 'companion cards' for schemed like Amex that featured accrual of Qantas Frequent Flyer points.

The ACCC's latest report raises specific concerns with how operators collect, use and disclose consumer data “in ways that do not meet consumers’ preferences”, often stemming from the broad-bush policies used to seek consent.

The ACCC said many of these concerns have “direct parallels" with those it has previously raised around how large digital platforms handle customer data.

“Privacy policies of the loyalty schemes examined in this report are opaque and consumers are often unable to make informed choices about, and have limited control over, the collection, use and disclosure of their data,” the report states.

The ACCC said the way loyal schemes were currently setup afforded little control to consumers over “how loyalty schemes and third parties use their data, and limited meaningful ways to opt-out of targeted online advertising served by third parties on behalf of loyalty schemes”.

It highlighted the practice of Flybuys and Woolworths Rewards tracking the purchasing behaviour of loyalty scheme members at supermarket “even if they do not scan their loyalty card by automatically linking any payment card used by the member to their profile”.

This practice, which is disclosed in their respective privacy policies, collects the “same information as if the member had actively scanned their card—without the need to compensate members with points”.

With approximately 11.7 million members, Woolworth Rewards is the second largest loyalty scheme in Australia – behind Qantas Frequent Flyer (12.9 million members). Flybuys comes in at number 4 on the list at 8.6 million individual members.

“The ACCC’s view is that such practices affect the ability of consumers to make an informed choice that aligns with their privacy and data collection preferences by removing consumers’ ability to control how and when their data is collected,” the report states.

“The ACCC is of the view that Coles, Flybuys and Woolworths Group should end the practice of automatically linking members’ payment cards to their profile.”

The ACCC has recommended that loyal scheme operators to “review their approach to presenting consumers with information about how they handle consumer data and provide consumers with meaningful control over their data”.

“We are calling on companies that offer loyalty schemes to improve both their data practices and how they communicate with consumers, to help consumers understand how these programs operated,” ACCC chair Rod Sims said in a statement.

Schemes that profile consumers based on the data collected for more targeted advertising were highlighted by the ACCC as particularly concerning, as they could result in “different consumers being offered different prices for an identical product or service”.

“Many consumers are increasingly concerned about receiving targeted advertising, in some cases from companies that they have never dealt with before,” Sims said.

“There is also an emerging risk of real consumer harm if individual consumers were to be charged inflated prices based on profiling derived from their data.

“For example, if a person’s frequent flyer data or online search history indicates they can only travel on certain dates, or otherwise based on their income, geographic location or other information collected through the loyalty scheme they may be charged extra.”