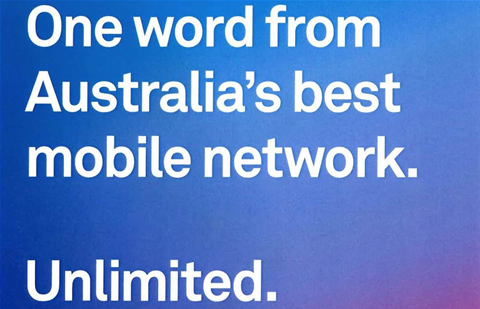 The Australian Competition and Consumer Commission is warning telcos of possible court action if they are found to have false and misleading advertisements.

ACCC chair Rod Sims put the companies on notice to ensure their advertising was clear and transparent or face either court action or much higher penalties. The regulator said it may also take executives to court if they were found to have knowingly approved misleading advertisements.

The ACCC cited its investigations on Optus, Vodafone and Telstra’s use of the term “unlimited” to promote mobile data plans earlier this year, concurrent with Optus’ Federal Court lawsuit against Telstra over its unlimited data ad campaign.

“Telecommunications companies should be wary of using absolute claims like ‘unlimited’ where that does not give a true picture to consumers of what is being offered,” Sims said.

“We have taken a range of actions against telecommunication companies for misleading consumers. It is about time they showed more respect for their customers and the Australian Consumer Law."

The Federal Court ruled in May that Telstra’s tagline of “One word for Australia’s best mobile network. Unlimited” was misleading or deceptive in contravention of the Australian Consumer Law.

However the regulator found that all three telcos had speed caps imposed on particular uses or after a certain data threshold was reached between March and June this year, while they use the “unlimited” data claim.

The claims were also accompanied by disclaimers that the ACCC believes were not “sufficiently prominent” or “clear to explain to consumers” the existence and impacts of the limitations.

The regulator said all three had since stopped using the “unlimited” claims in its advertising, crediting its own investigations and the Federal Court ruling against Telstra.

“With much higher penalties now available for breaches of consumer law, I hope they will take their obligations more seriously,” Sims said.

“From now on consumer law penalties will seriously affect their bottom line, and we will not hesitate to seek the highest possible penalties.”

Last month, parliament passed legislation to increase penalties for breaching Australian Consumer Law from $1.1 million to either $10 million, three times the value of the benefit received, or 10 percent of annual an offending company's turnover in the preceding 12 months, where the benefit cannot be calculated.