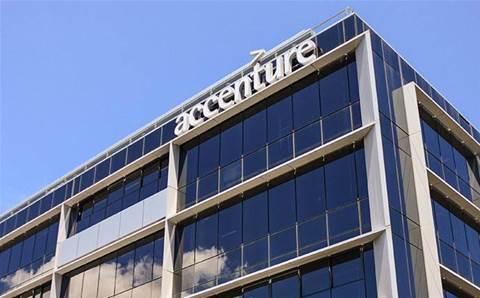 "We're really pleased with the acquisition," Douglass told CRN USA. "It's a very well-run business that has a stellar brand reputation in the marketplace. The combination will give us a broader set of capabilities to serve our client bases than we have today."

The majority of IBB Consulting's workforce is based in North America, according to Accenture, with the remainder based in Australia. Terms of the deal, which is expected to close in 30 to 45 days, were not disclosed.

Network technology has become an increasingly big focus area within Accenture's telecom practice as carriers move towards 5G networks and cable companies increasingly move into the wireless space, Douglass said. IBB Consulting will add significant breadth and depth to Accenture's capabilities in that space, according to Douglass.

On the media side of the equation, Douglass said broadcasters, content publishers, entertainment services and video services companies alike have been transforming both their internal operations and external products in preparation for a digital future. IBB Consulting's deep industry focus spans across network infrastructure, software, content and devices, according to Accenture.

Douglass said the real challenge for these companies, though, is figuring out how to manage their investment costs and ensure they're getting a return on their investment. IBB Consulting should be able to help media firms drive incremental revenue around advertising platforms thanks to their deep skills in both video services and the advertising industry, according to Douglass.

"We're very pleased and happy with this transaction," Douglass said. "In any growth market, you're looking for opportunities."

Existing IBB Consulting customers will now be able to tap into Accenture for a whole host of complementary services ranging from digital and technology IP to operations and business process outsourcing, Douglass said.

Significant overlap exists between the client bases of IBB Consulting and Accenture, Douglass said, with these customers typically engaging with different organisations and departments within the US$32.9 billion systems integration behemoth.

Once the deal closes, Accenture and IBB Consulting plan to join together at major communications and media conferences such as CES, Mobile World Congress, and the National Association of Broadcasters (NAB) show and present as a unified company, Douglass said.

In addition to broad-based marketing, Douglass said Accenture plans to direct client-centric sales and marketing at existing customers to help them understand how the combined companies are positioned in the market. Accenture will continue to hire people and grow the IBB Consulting business, according to Douglass.

Douglass said the IBB Consulting brand will be retired after a period of transition. IBB Consulting will operate as a discrete unit within Accenture Strategy, Douglass said, but will be interconnected with the rest of the business.