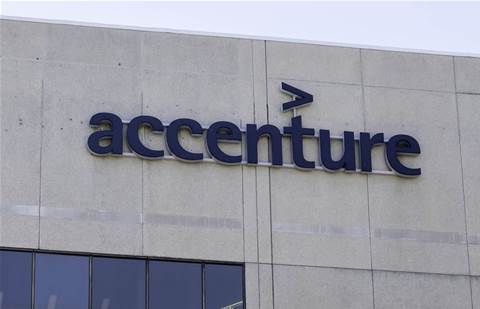 Accenture is cutting as many as 25,000 jobs around the world as it seeks to pare down its nearly half-a-million strong workforce, according to a published report.

The Australian Financial Review reported that a first round of cuts happened earlier this month and more are expected to follow. Layoffs are being made according to performance and are targeted at the bottom five percent of the company, the publication said, which cited sources in the firm’s Australian operations.

Accenture spokesman Mark Bonnaci did not respond to an email seeking comment.

“As I’ve said before, we’ve identified some real areas of efficiencies and so that has obviously headcount implications to it, which may be what you’re calling layoffs,” she said.

In July, the company cut 900 jobs in the UK citing a weakness in market demand.

“We went into the crisis with an overcapacity of people relative to demand,” the company said in a memo to workers that was obtained by The Guardian. “The crisis has caused additional strain on the business due to lower demand and reduced national attrition. In addition, we have identified structural costs that we need to address.”

Accenture has reduced travel budgets, cut contractors where needed and was said to be limiting hiring, the paper said in July.

In mid-March as the US was girding for lockdowns and other restrictions related to the COVID-19 pandemic, Sweet struck an upbeat note and told investors that the company was well positioned to weather the pandemic and emerge stronger on the other side. She said the sharp turn to digital across nearly all working environments plays into Accenture’s strength as one of the largest systems integrators in the world.

“I feel very confident, and I think we’re in a very significant position of strength as we go into this chapter,” she said during the March 19 earnings call.

Accenture chief financial officer KC McClure backed Sweet’s assessment, adding that “when we came out of the last financial crisis, we did take market share and that is our expectation, as we look long term, that we will have tremendous opportunity for us over the long term by staying close to our clients.”

The company’s M&A activity has not slowed during the crisis as Accenture recently completed its 20th acquisition of the year with the purchase of CreativeDrive earlier this month.