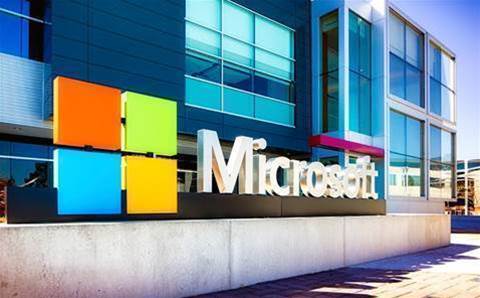 Accenture and Microsoft announced they have launched a new group that both firms say will complement the capabilities of their already established joint venture, Avanade.

The Accenture Microsoft Business Group will be led by Emma McGuigan, a senior managing director at Accenture.

“Avanade is all about being able to deliver engineering capability around Microsoft products and services,” McGuigan told CRN USA. “And it’s been a really successful joint venture. But what we’re really looking to do with the Accenture Microsoft Business Group is to really think about how we bring all of that industry capability, that advisory capability and allow us to really help drive the transformation discussion that’s happening within each of the industries we serve at Accenture.”

The new venture between Accenture and Microsoft is aimed at delivering “large, strategic business initiatives” for enterprise-level customers around the world, helping clients migrate to Microsoft Azure and effectively harness the power of data and artificial intelligence, optimise Microsoft business processes with Microsoft Dynamics 365, and foster modern work and collaboration with Microsoft 365.

“The new group builds on the success of Avanade, creating an entirely new and dedicated organization of 10,000 professionals inside Accenture focused on digital business strategies for the enterprise,” a Microsoft spokesperson told CRN USA.

“Avanade’s 35,000 professionals will continue to be a major part of the solution architecture and delivery engine for Accenture’s Microsoft business. At the core, Avanade’s role is focused on being the technology platform expert and leading digital innovator on the Microsoft platform.”

Avanade was founded in 2000 by Accenture and Microsoft, and will continue to be led by CEO Adam Warby.

Building on the success of Avanade, and harnessing more than 45,000 Microsoft solutions experts in Accenture who will deliver new joint products and services created in the Microsoft ecosystem, the business group hopes to capture clients just downstream of the Fortune 500, McGuigan said.

“Accenture already uses Avanade as a partner as to how we serve that diamond client, that Fortune 500, but Avanade also drives direct sales through their own organisation, moving slightly below that Fortune 500, so that sort of next layer,” she said. “We think there’ll be continued growths around that. When you start to scale what you can do at that larger level, with that Fortune 500.”

McGuigan said one of the group’s major functions will be to buffer businesses from technology disrupters, and give them a partner who can guide their digital transformation.

“If you looked at some of the ways Microsoft has already leaned in to some of the financial services industry, into retail, its about taking those solutions that they’ve already got, and bring that whole thoughtfulness that we have working with our clients in each of these sectors to help them deal with the disruption that’s being triggered by some of the other technology innovators, which changes the way we think about some of those industries,” she said.

“Its also about going after some new industries together and really exploring where we think there’s some joint opportunity.”

Accenture and Avanade have been named Microsoft Alliance Partner of the Year 14 times, and Accenture was recently ranked number one by industry analyst firm HFS Research in their Top 10 for Microsoft AI Services 2019 report.