Accenture moved half of its business to digital, cloud and security 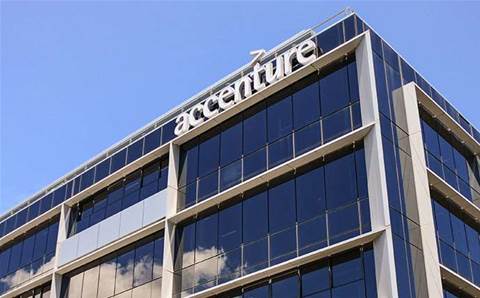 Accenture chief executive Pierre Nanterme said landing bigger cloud, digital and security projects has enabled the company to rotate half of its US$35 billion business to emerging technologies in just four years.

"It's a very big and very important milestone for us at Accenture," Nanterme told Wall Street analysts Thursday during the company's earnings call. "We will properly celebrate in Boston with a very nice glass of Coca-Cola."

The Dublin, Ireland-based company, No. 2 on the 2017 CRN USA Solution Provider 500, said its work around digital, cloud and security started with prototyping work and programs focused on strategy and consulting.

But as the market has grown, Nanterme said Accenture has gone from doing smaller prototypes to executing large projects that go beyond strategy and consulting to encompass the company's technology and operations practices. As recently as last quarter, Accenture had been estimating that digital, cloud, and security work accounted for approximately 40 percent of its overall revenue.

"We're seeing more, bigger deals, which is the sign of a market maturing," Nanterme said.

"In probably four years, we've rotated 50 percent of the business of a company of US$35 billion to the new," Nanterme said. "That's what has been achieved, and we're not going to stop there."

Accenture's sales for the quarter ended May 31 climbed to US$8.87 billion, up 5.1 percent from US$8.43 billion last year. That edged out Seeking Alpha's revenue projection of US$8.83 billion.

Accenture's stock price fell US$6.47, or 5.09 percent, in trading Thursday morning to US$120.64 per share. Earnings were announced before the market opened.

Accenture had been expecting that the Trump administration would launch critical reforms in the health-care, tax, trade and infrastructure spaces in a relatively rapid time frame, Nanterme said. But reforms in those spaces haven't yet been announced or executed upon, according to Nanterme.

"The business is still positive, but we're waiting for these reforms to happen before investing," Nanterme said. "I'm looking at it with my French glasses, and I would encourage the US to accelerate their reform."

That's in marked contrast to Europe, where Nanterme said less uncertainty exists due to the expected re-election of Andrzej Duda in Poland and Angela Merkel in Germany. The election of Emmanuel Macron in France has also been celebrated, Nanterme said, since he's solidly pro-business and has eased worries that the European Union will disappear.

As far as the United Kingdom is concerned, Nanterme said the market has adjusted to the reality of Brexit, although it's still not clear whether it will be a hard or soft split. And little uncertainty exists in China, according to Nanterme, where president Xi Jinping is driving a five-year reform program.

As a result, Nanterme said the US is the main place where Accenture is waiting for reforms to happen.

"At some point, the logjam will break and work will be initiated," said David Rowland, Accenture's chief financial officer. "And we'll be right there in the game when that happens."

Resources revenue, meanwhile, climbed to US$1.25 billion, up 2 percent from US$1.22 billion as strength around chemicals, natural resources and utilities more than offset continued challenges in the energy sector.

In growth markets, Accenture's sales soared to US$1.7 billion, up 16 percent from US$1.47 billion last year due to double-digit local currency growth in Japan, Australia and Singapore.

For the coming quarter, Accenture expects revenue in the range of US$8.85 billion to US$9.1 billion, as compared with the Seeking Alpha estimate of US$8.93 billion.