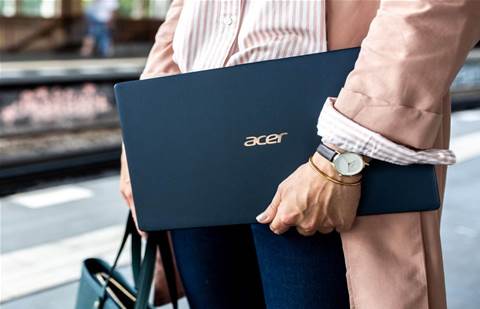 Acer Australia will reform its channel, by adding partners to improve its presence in the small-to-medium enterprise market and a new online store.

The company’s general manager for channels and marketing Greg Mikaelian told CRN the company currently leads Australia’s gaming PC market, has held its ground in the education sector thanks to increased enthusiasm for STEM courses, and managed to increase revenue despite the global PC sales downturn. But he said the company has not maintained some of the practices that delivered it higher revenues in past years and a renewed focus on business sales and the channel is therefore on the agenda for 2019.

Distributor Synnex’s PC-as-a-service offering will be a part of that push, as will partner recruitment to expand its channel.

A new online store is also a part of that plan. Mikaelian said it will be state-of-the-art and nourish partners by directing buyers to them for fulfilment and service rather than seeing Acer sell direct.

Mikaelian said Acer remains a channel-centric organisation, but has not collaborated closely with partners in recent years. He plans to change that by returning to joint business reviews and revisiting Acer’s financial arrangements for partners.

The new activities will manifest in early 2019.

Before then current and prospective partners have new product to consider as in December the company will bring its Swift 5 PC to Australia and its combination of a 15-inch screen and sub-kilogram weight should turn heads. CRN briefly used the device yesterday and can report that its light weight does not appear to compromise its resilience: your correspondent grabbed opposite corners, twisted hard, and was unable to significantly twist the machine.

Acer will market it as a mainstream PC, ignoring the temptation to suggest its light weight makes it more suitable for female buyers or students.

Harvey Norman will be the Swift 5’s first stockist.