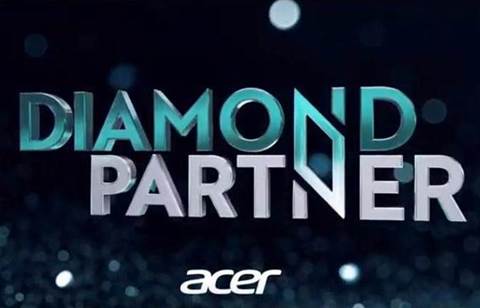 Acer has launched the new channel program it promised Australian resellers in late 2018.

Every participant in the program will be considered a “Diamond Partner”, a term chosen by general manager for channels and marketing Greg Mikaelian because it denotes exclusivity, high value and strength.

Mikaelian told a launch in Sydney last night that the name came to him as he drove across Sydney’s ANZAC bridge, which rests on vaguely diamond-shaped pylons. For him, the name also denotes connecting Acer to its partners, and partners to customers.

Mikaelian said the company wants to take market share from Dell, Lenovo and HPE, but won’t try to match them for reach: he’s set a goal of 100 new partners and thinks that’s as many as Acer can manage, and also as many as are necessary to grow the company's business.

Acer hopes to offer current and future partners a no-hassles partnership experience. Mikaelian showed off a work-in-progress portal and app that records progress towards sales targets and will also advise resellers of special prices and deals offered by the company’s three disties: Synnex, Bluechip and Ingram.

The program will also include all of Acer’s commercial products. Mikaelian said even lower-priced kit like Chromebooks intended for education buyers will count towards rebates and incentives.

While all partners will be considered Diamonds, the program will offer four tiers of recognition - Bronze, Silver, Gold and Platinum.

Acer needs to relaunch its commercial channel program because it all-but ignored the segment for years, instead concentrating on retail and education markets. That strategy saw it build a strong position in schools and among gamers, but it lost some market share overall.

CRN spoke with partners at the event to gauge their opinion of the re-launch and they offered few signs of renewed enthusiasm. One regional reseller told us Acer understands the need to ship extra PCs, for free, to build up a supply of spares that can be deployed instantly rather than waiting for kit to be shipped from city warehouses. Acer's proactive offers of such inventory, he said, will ensure he remains an Acer partner despite frequent approaches from rivals. Loyalty was also the reason other partners attended the event – they felt that showing up was a worthy investment in a long and happy relationship.

But others told us that PC vendors are chasing resellers fiercely and frequently, and that they heard nothing at the re-launch that would keep their business with Acer if better deals, or service, was on offer from other PC vendors.

Acer has some new products to fuel its renewed channel push, among them a sub-1kg 15-inch business laptop that hardens the Swift 5 for business users.

Eliminating departmental friction within MSPs
By Simon Sharwood
Feb 21 2019
12:01AM