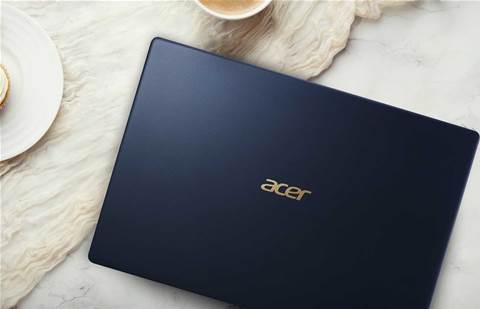 Acer Australia’s profits fell by more than $2 million in the 2017 financial year, the latest entry in what has made up a rollercoaster series of years for the local subsidiary of the PC vendor.

The slide follows a rollercoaster run for the local operations of the hardware vendor. In 2014 Acer Australia dug itself out of $45 million loss, which local director Darren Simmons said was owed to a difficult restructuring period. The company that year posted a pre-tax profit of $1.03 million, though taxes dragged it to a net loss of $914,000.

The company recently announced, in conjunction with Google, plans to release a high-powered Chromebook for business professionals. The work will continue Acer and Google's Chromebook partnership, which has typically focused on cheaper machines for schools and children looking for simple computers.

Create your business scorecard
By Michael Jenkin
May 29 2018
4:52PM