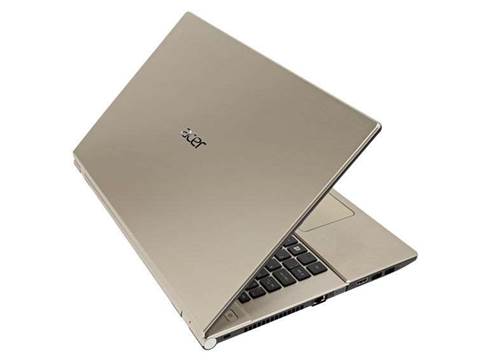 Struggling PC firm Acer has crawled back into profit after three quarters of losses.

Acer's first quarter revenue was down 11% from the previous quarter and 19% from the year before, but managed to boost profit to $1 million New Taiwan dollars ($35,486) by controlling costs and inventory.

While that's small profit for such a massive firm - the company remains the fourth-ranked PC maker globally - Acer was expected to post a loss of NT$1.2 billion.

The firm has struggled to post a profit since 2011, when its income dipped into a loss in the second quarter. It rebounded to a small profit at the end of that year and throughout 2012, before once again slipping into the red in 2013.

The troubles cost CEO JT Wang and President Jim Wong their jobs last year. Wang, who resigned in November, was supposed to be succeeded by Wong, but he stepped down before even taking up the role. The company has been run since January by Jason Chen.

The company is trying to shift more of its sales out of the ailing PC market, and last week unveiled its first wearable, the Liquid Leap smart band.

However, the bulk of Acer's sales continue to be in laptops and desktops, with the two form-factors making up 77% of its sale. It's struggled to get a foothold in tablets, which make up only 4% of its revenue - half of what they did last year.