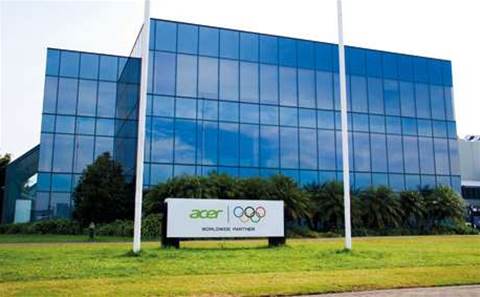 Acer Computer Australia Pty Ltd recorded a $47 million net loss in the financial year ending 31 December 2013, compared with $5.8 million the year before – but new management brought in this year have promised a turnaround.

The loss occurred during a period of "fierce market competition" in which the vendor faced declining selling price and sales volume, as well as significant tax payment and warranty costs, according to the company's financial report.

This includes a $15.7 million settlement paid to the Australian Taxation Office in relation to royalty withholding tax, described in the financial report as a "one-off".

The company also incurred "extremely high warranty" costs attributed to a substantial number of computers sold to schools where lack of care resulted in breakdown. This outlay amounted to $11.9 million.

Staff numbers also fell from 253 to 120 in the 12 months to December 2013. The company achieved significant savings in staff related costs and other direct operating costs.

The vendor is looking to have a significantly better outcome in the 2014 calendar year, said Acer Computer Australia's sales director Oceanic Region Rod Bassi - who along with managing director Darren Simmons is part of the new management team appointed earlier this year.

"Whilst the loss in isolation looks large, put into context a lot of it is very much one-off. I don't believe you will see a similar outcome when we look at this this time round," he told CRN last month.

Bassi pointed to the tax payment as well as warranty costs and business downturn as factors in the result.

"Darren [Simmons] and I inherited a management position that been in place for 14 years and served us quite well, but as two new managers coming in, we have had to deal with the tail end of some subject matters that were already in play, like the ATO and warranty issues."

"All things considered last year, to have suffered a modest revenue drop is probably not a bad outcome, considering all of the plans we've set course for in 2014," he told CRN.

Delivery has begun on a 12,500 unit rollout to Victoria Police, he said. The vendor also has three to four "sizeable" tablet opportunities, Bassi said.

"I'm pretty pleased that four or five months since we've taken over we're in a position we've reached where we can start doing that. We're very positive and buoyant about that," he said last month.

Earlier this year plans were revealed for a new channel program targeting small to medium businesses. XP upgrades and education spending are other areas of opportunity identified by the vendor at the time.

"For us it's just about closing that chapter and putting the proactive focus into growing the business, seeking out new customers, establishing and reinforcing our channel ties with long term channel partners, and acquiring new ones," Bassi said. "Basically, focussing on the relationships."