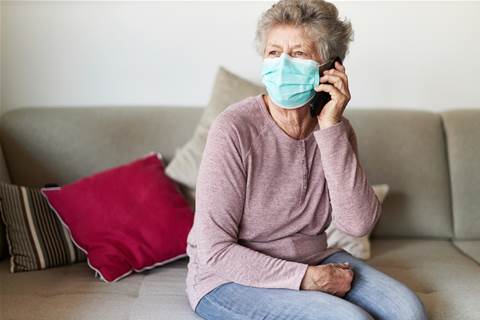 Symbio has been warned by the Australian Communications and Media Authority for failing to adequately investigate suspected scam calls.

In November 2021, Symbio was notified by another telco of 777,268 calling line identifications suspected of being associated with scam calls but only investigated nine of them.

The code, which came into force in December 2020, requires telcos to investigate evidence of scams provided by other providers as soon as possible and take reasonable steps to utilise all available information to help trace and block scam calls, including sharing data with other providers.

Additionally, Symbio was notified of other suspected scam calls in October 2021 but only undertook traceback actions approximately four months after being alerted, ACMA said.

A Symbio spokesperson said in a separate statement that it took its compliance obligations seriously and had reviewed and updated its operational processes, systems and automated solutions to investigate and trace bulk scam calls.

"Symbio acknowledges receipt of the ACMA’s recent formal warning regarding the Reducing Scam Calls Industry Code. We appreciate the opportunity to engage with the ACMA and have cooperated with its recent investigation."

Since the rules came into force, telcos have blocked over half a billion scam calls.

“The ACMA expects telcos to take action when given information about scam calls by other telcos, including requesting more details if needed,” the regulator said.

“Effective scam reduction activity can only occur when there is collaboration and information sharing between telcos in a timely manner.”

The warning is the latest in a series of moves ACMA has taken to pressure Australian telcos to work harder to protect their customers from the significant uptick in frauds and scams.

It follows the regulator’s announcement last week that new customer authentication rules will come into force on 30 June to clamp down on SIM-jacking.

Between 1 January and 30 September last year, there were at least 510 incidents of reported frauds from scammers targeting customer authorisation processes, resulting in 163 cases of financial loss, amounting to $4.68 million.

In May last year, the ACMA reprimanded a number of telcos for failing to protect customers from identity theft by not upholding adequate authorisation standards.