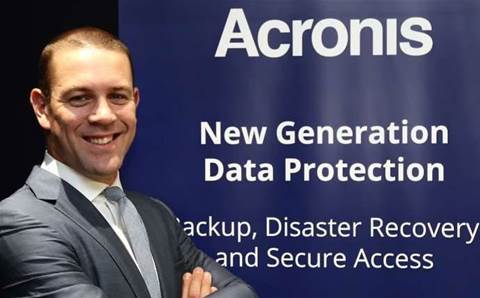 Goldsmith will join Cisco Meraki in an Asia-Pacific regional channel role, with the official title to be announced on Monday.

An Acronis spokesperson told CRN: “We regret Lincoln's departure, we are very proud to have played an important part in his professional career.”

Goldsmith joined Acronis in April 2014 as a sales director for mobility, and was promoted to general manager seven months later.

Acronis is on the lookout for a new general manager to head up the local channel. Until a replacement is found, Acronis vice president and GM of sales for Asia-Pacific Steve Goh will run the ANZ operations.

Goh joined Acronis in October 2015 after more than 22 years in the IT industry, including six years at Hewlett-Packard, four years at EMC, and nine years at Microsoft. His most recent position prior to Acronis was senior director for Microsoft Asia Pacific’s OEM division, a role he had held since 2012.

Acronis is an international data protection, disaster recovery and secure access solutions vendor. It lists Data#3, Insight, Chill IT and Computers Now among its Australian partners.