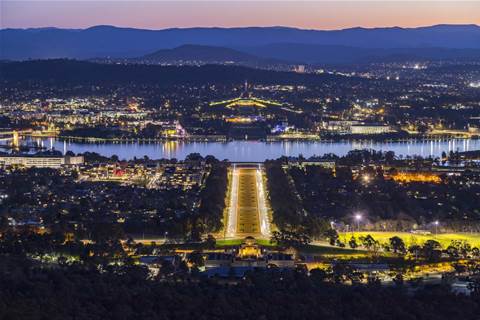 The ACT government is planning to rollout up to 21,416 Google Chromebooks in its public schools over the next two years, tender documents released by the territory reveal.

ACT Procurement’s tender documents showed that the government was planning to rollout the majority of the devices to secondary schools during 2021 and potentially extend it in primary schools in 2022.

The rollout follows an extensive period readjustment for the territory’s education directorate which has scrambled to manage the shift to remote online learning after the COVID-19 pandemic emptied classrooms and forced students to school from home.

The agency said that the government was planning to rollout at least 14,973 of Chromebooks across schools in 2021 with the option to rollout an extra 2,481 devices over the same period. Secondary schools would absorb the majority of the 2021 rollout, receiving 13,492 of the devices.

The first 4,000 of the devices will need to be delivered mid-January 2021 in time to meet new enrolments for the school year. The remainder are to be phased in over the following February to May.

Primary schools were expected to receive at least 1,481 devices in 2021 with potential for that order to double to 2,962 depending on new enrolments, with a further 1,000 devices in scope to be purchased on a discretionary basis. The agency said that it currently expected that the
delivery date for the primary school devices was “likely” to be April 2021.

The agency said that the government had also sought the option to deploy up to 3,962 additional Chromebooks in primary schools in 2022 depending on enrolments, with the successful supplier expected to make 1,000 of those available for ad hoc purchases.

All the devices were to be no more than six months old, delivered with perpetual Chrome device management licenses and pre-enrolled in ACT Education’s @schoolsnet.act.edu.au Google enterprise domain.

The ACT currently distributes devices in public primary schools at a student ratio of one-to-three, but it has been providing Chromebooks to all secondary students in public schools since 2018. However, this has taken on a new significance with the COVID-19 outbreak.

The rollout is being coordinated by the Hedley Beare Centre for Teaching and Learning in Stirling; the site to which the education directorate’s Northbourne Avenue staff urgently relocated in March to run intensive online training courses for teachers as the pandemic took hold.

The education directorate’s strategy is now heavily dependent on Google Hangouts Meet and Chrome’s Screencastify feature for pre-recording lessons. Accordingly, ACT procurement’s delivery milestones and support requirements for suppliers will be under scrutiny.

The agency has specified 100 per cent compliance for its delivery schedule and all support requests must be acknowledged within eight hours and actioned within “agreed timeframes”.

Prospective suppliers are expected to submit lodge their bids for the tender by October 13.

Grow your software revenue by selling these 5 affordable, essential tools for the modern workplace
By Andrew Colley
Sep 11 2020
12:40PM