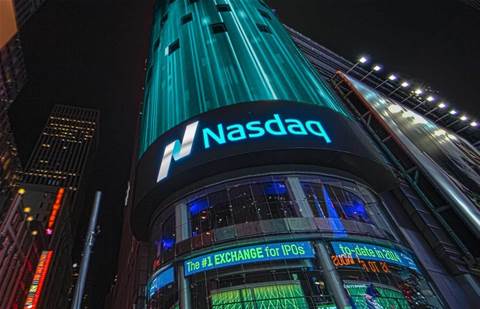 Activist investor Carl Icahn is increasing his attack against Dell Technologies' bid to become public in a new 20-page document to VMware tracking stock shareholders urging them to vote against Dell's proposed VMware stock swap. Icahn cites IBM's US$34 billion bid to acquire Red Hat as a proof point to why VMware's value should be worth US$300 per share, slamming Dell's current US$109 per share offer to DMVT tracking stock investors.

"If Dell's deal is allowed to happen, instead of owning credible and highly desirable VMware, we will own vastly inferior and over-levered Dell," said Icahn in the document. "Unlike the decaying business of PC hardware, VMware is at the forefront of the rapidly growing cloud infrastructure and business mobility software space. We believe that at VMware's current trading price, the market is under-appreciating VMW's true earnings power as the uptake and ever increasing complexity of the cloud-native world will drive sustainable long-term growth. Based on IBM's recent offer for Red Hat, a deal we should have a comparable valuation to a future VMware deal, VMW should be worth US$300 per share."

The document by Icahn Capital, entitled "Dell's Offer To Buy DVMT Shares At 42% Discount: An Insult DVMT Shareholders Should Reject," blasts Dell's proposed US$21.7 billion share swap in which Dell would buy out DVMT shareholders before listing its own shares on the New York Stock Exchange.

Icahn owns a 9.3 percent stake in DVMT tracking stock and 2.27 million shares in VMware. The billionaire investor is suing Dell over the deal and dubs the proposal in the document as "the Michael Dell/Silver Lake buyout scheme."

Dell this month told CRN USA that it continues to believe that the proposed offer "is fair and in the best interest of DVMT shareholders." The transaction also offers DVMT shareholders seeking liquidity $9 billion in aggregate cash consideration, Dell said.

To become a public company, Dell needs to win more than 50 percent of the DVMT shareholder vote which would see Dell buy out DVMT stockholders before listing its own shares on the New York Stock Exchange. The vote does not include shares held by affiliates of Dell Technologies such as Michael Dell and private equity firm Silver Lake. Under the terms, shareholders of the DVMT tracking stock would exchange each share of DVMT tracking stock for 1.3665 shares of Dell Technologies Class C common stock, or $109 per share with the aggregate, not exceeding $9 billion. The critical shareholder vote will take place at 8 a.m. central time on Dec. 11 during a special meeting of stockholders at Dell's headquarters in Round Rock, Texas.

Dell has also confirmed it is meeting with investment banks to explore the option of a traditional IPO if shareholders reject its bid to go public through a stock swap with VMware.

"Assuming Dell loses the December 11 vote, if Dell were then to attempt an IPO and forced conversion of DVMT shares, certainly causing DVMT shareholders irreparable harm, we believe applicable law will allow shareholders to pursue an injunction and/or substantial damages," said Icahn in the document.

Icahn and Dell Technologies founder and CEO Michael Dell first clashed in 2013 when Icahn unsuccessfully sued Dell over its $24.4 billion bid to become a private company because he viewed the offer as too low. He called the 2013 plan a "desperate debacle" and the Dell CEO a "dictator" in an open letter. Michael Dell has called Icahn "a bad guy" who lies and has "no ethical boundaries."