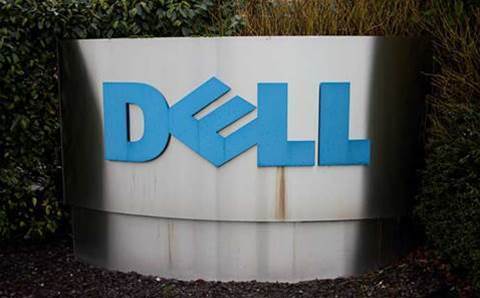 The battle between activist investor Carl Icahn and Dell Technologies founder and CEO Michael Dell is heating up, as Icahn slammed Dell's proposed stock swap with VMware to become public in an open letter to shareholders Monday. Icahn also revealed that his stake in the DVMT tracking stock is 8.3 percent, making the billionaire the second largest shareholder.

"I firmly believe Dell and Silver Lake are trying to capture US$11 billion of value that rightly belongs to us, the DVMT stockholders. As such, I intend to do everything in my power to stop this proposed DVMT merger," said Icahn in his letter to shareholders. "It is better to have peace than war, but be assured, I still enjoy a good fight for the right reasons, and in the current situation, I do not see peace arriving quickly!"

Icahn said he's soliciting votes against the deal and is evaluating alternative transactions with financing sources that would allow investors to cash out of their current shares. The investor owns over 16.5 million shares of Dell's DVMT stock, according to a filing with the Securities and Exchange Commission.

Icahn and Michael Dell have butted heads on more than a few occasions. During a keynote presentation at The Channel Company's 2014 Best of Breed conference, Dell was blunt about his feelings toward Icahn, calling the investor "a bad guy."

"He lies. He has no ethical boundaries. He'll say anything, do anything, I have no time for him," said Dell.

Dell is seeking to become public once again through a US$21.7 billion share swap with its DVMT VMware software business tracking stock in which Dell would buy out the DVMT stockholders before listing its own shares on the New York Stock Exchange. Under the terms of the proposed buyout, shareholders of the DVMT tracking stock would exchange each share of DVMT tracking stock for 1.3665 shares of Dell Technologies Class C common stock, or US$109 per share with the aggregate, not exceeding US$9 billion.

The US$83 billion infrastructure giant, which owns 82 percent of publicly held VMware, is bullish that the agreement will boost sales and increase market share in various segments. Dell expects revenue to surpass US$100 billion by 2022.

To become a public company again, DVMT shareholders—other than those held by affiliates of Dell Technologies such as Michael Dell—must approve the agreement.

Icahn believes that Dell began a "fear campaign" in January when it said that it was evaluating a business combination between Dell and VMware. He also alleges that Dell has long planned to repurchase the tracker stock at "bargain basement prices."

"It is clear to me that Dell and Silver Lake have followed Machiavelli's advice to the letter. 'It is better to be respected than loved, but better still to be feared than respected ," said Icahn.

This month, Dell confirmed it is meeting with investment banks to explore the option of a traditional IPO if shareholders reject its bid to go public through a stock swap with VMware.

Icahn, who also owns a stake in VMware, viewed the move as a "scare tactic" towards stockholders. "Dell is effectively telling its public stockholders that if we, the DVMT stockholders, do not approve their proposed DVMT merger, they will invoke a draconian provision in their Charter and force us to convert our DVMT shares into Dell stock following a Dell IPO," said Icahn. "Fortunately, in my opinion, their threat to 'cram down' a forced IPO conversion is another empty one, if we stand together."

A top executive from a solution provider who is one of Dell's largest partners said although Icahn's letter is "scathing," he doesn't expect it to impact sales.

"From the partner standpoint, these things aren't going to have an impact on customers," said the executive, who declined to be named. "The only thing that matters right now is the tighter integration between Dell and VMware… Icahn is probably going to keep fighting this in a very public way going forward, but it's not going to hurt Dell sales from a partner point of view."

The shareholder vote, which requires approval from a majority of DVMT shareholders, is expected to take place before the end of the year, although no date has been officially set.