Activists urge Google to break up before it's forced to 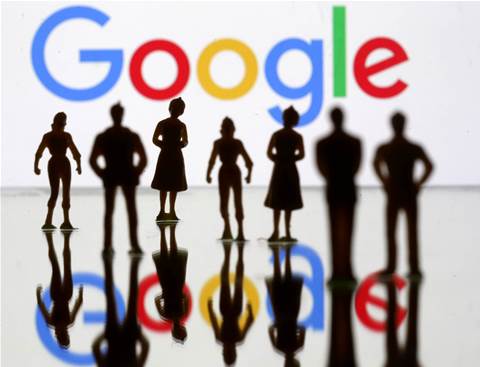 Shareholder activists on Wednesday urged Google parent Alphabet to break itself up before regulators force the world's biggest internet ad seller to split into different pieces.

SumOfUs, a US-based group that aims to curb the growing power of corporations, presented the proposal at Alphabet's annual shareholder meeting at an auditorium at the company's offices in Sunnyvale, California.

Sonamtso, a campaigns director for Students for a Free Tibet who goes by one name, said at the meeting on behalf of SumOfUs that Alphabet is too big to manage.

It should sell off some assets now "rather than waiting for antitrust regulators to set a path" and potentially deriving less shareholder value, Sonamtso said.

But the proposal and 13 other shareholder measures opposed by the company were voted down on Wednesday, according to its preliminary tally. Alphabet's top two executives, Larry Page and Sergey Brin, hold 51.3 percent of shareholder votes.

Nevertheless, it shows a growing focus on the prospect of antitrust action against Alphabet and other big technology firms such as Facebook Inc and Amazon.com Inc as they face a political and public backlash over privacy issues and the power they now wield over the world's information.

US president Donald Trump has been a frequent critic of Google, claiming without evidence that its search engine unfairly produces results unfavorable to him. He has suggested that U.S. regulators should follow Europe's lead and look closely at tech companies' monopolies, but has not suggested any specific remedy.

The US Department of Justice and Federal Trade Commission are gearing up to investigate whether Google, Amazon, Apple and Facebook misuse their massive market power, sources told Reuters earlier this month.

The 14 proposals on Alphabet's ballot were the most on any US public company's ballot in a decade, according to research firm ISS Analytics, reflecting the breadth of issues facing the tech giant.

Four Alphabet employees at the meeting separately urged company leaders to address other issues, including offering equitable pay and benefits to all employees and contractors, increasing workforce diversity and doing more to tackle climate change.

Activists said they were optimistic that sustained pressure could prompt change.

"We started as a voice in the wilderness on some of these issues, but conversations have come more to the fore," SumOfUs campaign manager Sondhya Gupta said.