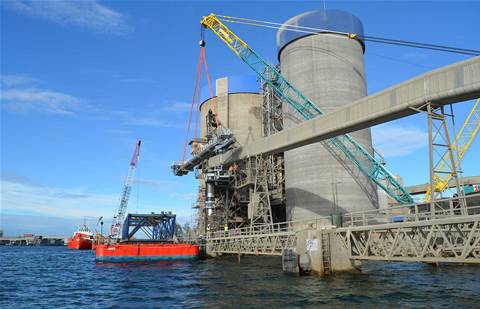 An Adelaide MSP says it has helped a local construction firm slash its mobile bill by 40 percent after switching to them from a previous provider.

The South Australian-based Calibre One, also a former CRN Fast50 finalist, was engaged by Maritime Constructions to manage its mobile phone fleet, which supports the majority of its highly mobile workforce working across various project sites around the region.

The construction firm relies on mobile phones for voice and data connections but recognised that managing the phones, connections and billing had become a complex and expensive exercise. The company had also recently deployed a new IP phone system that was underused and expensive to operate.

Calibre One was recommended to Maritime Constructions' IT and communications manager Richard Shipton by the company's Telstra rep. The solutions provider went about streamlining aspects of the mobile phone fleet, reconfiguring an outdated deal put in place by the client's former IT partner.

Changes included updating the company's mobile package to newer, more cost-efficient plans and switching device procurement up to a new leasing option, that sees devices returned and recycled at the end of their terms, which reduces costs as well as wastage. Calibre One said the savings on mobile spend were 40 percent on the previous deal.

The MSP also simplified Maritime Constructions' telephony solution, which had been implemented by another provider and, according to Calibre One, had been engineered with features that were surplus to the client's requirements.

All of Maritime Constructions ICT services have now been consolidated, with Calibre One serving as the firm's sole provider.

The companies are now working toward setting up a single network for the construction company's warehousing facility and its offices in Adelaide and Fremantle.

“We are constantly growing as a business, and we’ve recently won some big contracts in WA. With Calibre One as our ICT partner, we are confident in the team’s ability to continue to meet our evolving needs," Maritime Constructions' Shipton said.