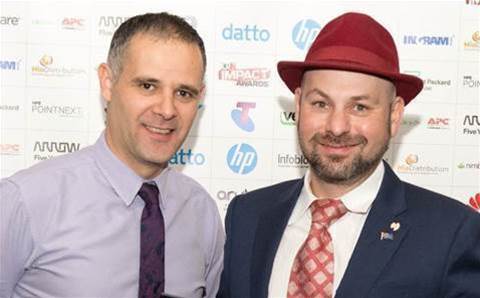 Adelaide's Geek IT has been placed in liquidation, selling off its assets to Melbourne-based GPK Group and absorbing its 11 staff and 200 clients.

Clifton Hall was appointed as liquidator as part of a voluntary winding up, with just under $1 million in debts.

Geek IT managing director Jon Paior said in a statement that the decision to liquidate came after the company’s “costly” expansion into Melbourne, as well as personal matters. He said it was the toughest decision of his 14 years in business.

“During the past two years, we’d expanded into Melbourne, which was both expensive and ultimately unsuccessful,” Paior said.

“We made the arrangement with GPK to ensure that Geek’s clients and wonderful staff are looked after. All our employees are staying with GPK, which is thrilled to retain such a valuable team.

“I’m exceptionally grateful to the work of Geek’s dedicated team of engineers, client relations, technicians and admin people who have gone above and beyond throughout this consolidation.”

GPK Group Grant Klaaysen said the company worked with Geek IT for many years, and had been looking to expand into Adelaide. As part of the acquisition, the company is seeking two new senior positions to lead the new business.

“We’d been actively looking to expand into Adelaide to support our growing retail point-of-sale customer base across the Independent Grocers Network in South Australia,” Klaaysen said.

“When the opportunity came up to take on Geek’s employees and customer base, we knew that it would be a great match for GPK.”

Founded in 1991, GPK Group has offices in Melbourne, Canberra, Adelaide and Brisbane and provides IT services and solutions, including Point of Sale software, telephony, cloud and security systems.