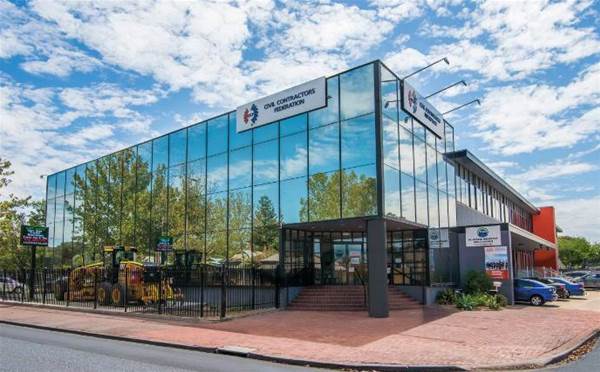 Adelaide-based MSP Geek has saved the Civil Contractors Federation South Australia (CCFSA) from a possible $65,000 downtime risk after implementing a business continuity and disaster recovery (BCDR) solution in the nick of time.

The CCFSA is the member-based representative body of civil engineering contractors in South Australia and provides assistance and expertise in contractor development and industry issues.

Geek had already been providing services to CCFSA for three years and, following a planned IT review, the MSP uncovered the need to upgrade the federation's backup solution.

CCFSA had an image-based backup solution in place that would store the backups on local hardware.

Using a downtime cost calculator supplied to Geek in white-label format by Datto, Geek estimated the total cost of downtime in the event of a disaster would be $65,000, a significant bill for the state branch of a member-based organisation.

After Geek provided the customer with a choice of solutions, CCFSA selected Datto for its proprietary Inverse Chain Technology, which eliminates the problem of broken backup chains, where most issues arise in legacy backup solutions.

Marie Paterson, director operations and finance at CCFSA said: "Geek demonstrated to us both the risks and costs associated with not taking action. Geek was able to show how quickly we could recover in the event of a catastrophic incident with each solution."

With every backup, data is saved in a universal virtual file format. These backups are not dependent on previous snapshots, giving Geek the freedom to change retention and delete snapshots without resetting the chain or having to take a new base image. This would make CCFSA’s data available immediately, both on and off-site, for near instantaneous recovery and virtualisation.

The deployment of Datto SIRIS 2 5TB begun in March 2016 and took just two months. Geek also migrated some of CCFSA’s workload to the cloud to protect the organisation from local downtime events.

Geek designed the solution to be backed up to its own private node, which is physically located in a South Australian co-location facility, one of CCFSA’s requirements.

Only eight months after the deployment, in November, CCFSA was the victim of a targeted social engineering attack which spread a Cryptolocker virus throughout the organisation's network.

As a result, nearly all of CCFSA’s files were encrypted, including several databases. The BCDR plan was activated and within 30 minutes core services were restored.

"Almost immediately, many critical services such as emails and our customer-facing Extranet were restored. Our accounting systems followed soon after and within three hours all services were fully functional, even though almost all of the business had been affected. Datto just paid for itself," CCFSA's Paterson said.

According to Geek, the previous solution would have taken days to restore full business access with an estimated downtime of 15 hours and 22 minutes, or $3955 an hour.

Datto Regional Director, Australia and New Zealand James Bergl said: "We were delighted to hear how, just a few months later, having this solution in place saved CCFSA tens of thousands of dollars following a ransomware attack. Geek knows CCFSA’s business and had the expertise to identify, and mitigate, potential risks to the organisation – and at just the right time!"