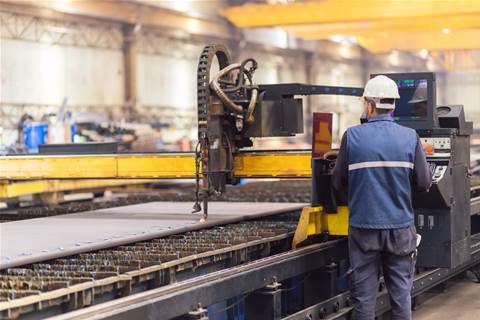 Allied, not to be confused with the US-based chemical company, chief executive officer Aron Saether-Jackson told CRN there was a long list of technical backgrounds that the “quadrupled” workforce would be hired from.

“The jobs will be in hardware assembly, testing and integration, sales and marketing functions, product development, warehousing, customer/technical support and administration.”

“We also plan to directly manufacture some of those long-lead time core supply chain items in our new facility, using local mineral resources, and employing specialised manufacturing staff and equipment, including robotics.”

“We already have an internship program in place with Flinders University, tied directly to our assembly team. Interns go hands-on, trained by paid members of staff, and are upskilled to the point where they can fulfil many of the duties to the same level as a paid employee, and there is absolutely the goal of employing interns who excel.”

The manufacturer currently builds computers for gamers in Australia, North America, Europe and South-East Asia, as well as clients after high spec hardware for US-based defence, space industries, health care and other sectors.

Saether-Jackson said he was in “discussions with the State Government and Renewal SA” about the right location for the new Adelaide facility.

South Australia would remain the ideal location for the company’s headquarters even after it expands because of both a number of economic factors and the support it was receiving from the Malinauskas-government, Saether-Jackson said.

“Having battled for many years to get a foot in the door for government contracts without success, and seeing those contracts going to companies based overseas and whose products are manufactured overseas, was grating, to say the least. Indicators such as these gave us the signal that we will have realistic opportunities to win this type of business, given our competitive advantages and ambitious growth plans.”

“Advanced manufacturing and on-shoring of long-lead time supply chain items currently inextricably linked to Asia, is a focus for us, and we believe there are a number of government programs in the pipeline to support this.”

Premier Malinauskas said in a statement that the government had deliberately put in place policies to see high-tech manufacturing thrive in South Australia.

“A lot of people have heard me talk about how we need to turbocharge our high-tech industries in South Australia.”

“I want to see computers made right here at Allied in Adelaide in homes across Australia, North America, Europe and Asia and in high-tech organisations like defence, health care and even the space sector.”

“These guys are at the cutting edge – they’re innovative, they’re taking on the big guys, and they’re winning.”