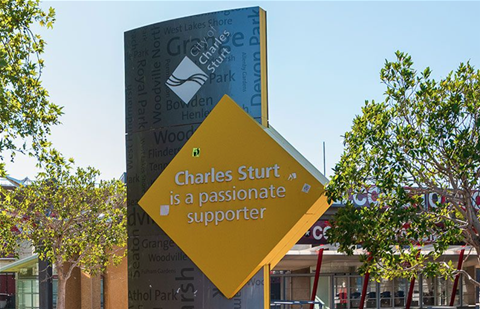 Proclaimed in 1997, the City of Charles Sturt (CCS) has some 120,000 residents and is home to the Adelaide Entertainment Centre plus a number of sporting venues. It employs some 550 staff to provide local government services to residents.

A sizable chunk of the City’s IT infrastructure had been slated to be replaced, and the IT staff took it as an opportunity to look into how the services and applications were being hosted. CCS eventually landed on an AWS-based solution, tapping Comunet for the migration.

AWS was chosen as its platform met the City’s requirements while also being able to meet mandates, reduce costs, drive efficiencies and drive innovation. Comunet took the lead on a lift and shift migration.

Comunet head of consulting Ben Bird told CRN that the company had a prior relationship with CCS, initially engaging them in 2017 to help develop its IT strategy and roadmap. The tender process for the AWS migration commenced in 2019.

“We've done bits and pieces with CCS prior to the migration, and in 2018 with our software development team, we also helped develop our customer service applications and data analysis for the City,” Bird said.

The 2020 COVID-19 pandemic hit Australia midway through the project, temporarily pausing the migration for a month to help settle in CCS and its staff to work from home. In spite of the setback, Comunet said the full data centre migration was still delivered on time and on budget.

Some of the improvements reported with the new AWS environment include improved resilience with 99 percent uptime, and an uplift in security posture through 35 detective and preventive guardrails and 10 AWS Security services.

As a result, CCS’ IT team was honoured for its efforts, securing the Local Government IT SA award for Excellence in IT Service Delivery.

Speaking on the migration, AWS ANZ country director for the public sector Iain Rouse said, “We are committed to driving economic growth in South Australia by providing organisations from startups to enterprises and the public sector, with additional infrastructure in Australia to leverage advanced technologies. Our recent expansion in Adelaide will, directly and indirectly, bring highly-skilled, well-paid jobs to the local economy.”

“AWS Partner Comunet is an Australian company, headquartered in Adelaide, which specialises in cloud consulting, software development, and operations. Having worked with AWS since 2014, it has grown its operations by around 15 per cent and has been able to expand its team to just under 50 staff in the last year alone.

“As the first South Australian council to successfully migrate its entire on-premises data centre to AWS in collaboration with AWS partner Comunet, the City of Charles Sturt can now innovate and experiment at speed and, as a result, can dedicate more resources to delivering a diverse range of public services – from public health and safety to providing amenities such as community centres, libraries, and recycling facilities, to local residents.”