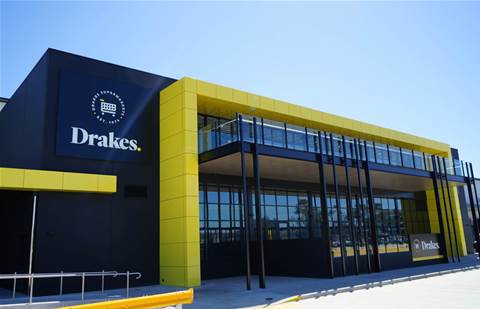 Nuago replaced the ageing infrastructure for both customers with Nutanix’s flagship hyperconverged infrastructure (HCI) offering, enabling the automation of certain tasks and freeing up resources for other tasks.

Prince Alfred College reached out to Nuago to replace its five-year-old infrastructure, which the school has since outgrown and the management was increasingly more manual than ever. The school also sought to improve its failover and failback processes between two server rooms while also achieving hardware redundancy.

Nuago worked with the college for a number of smaller jobs previously, establishing familiarity for a major undertaking like migrating to an HCI environment.

Nuago co-founder and director of sales Connor O’Rourke told CRN that Nutanix was recommended to meet the school’s specific needs, due to compatibility with Prince Alfred’s existing systems, as well as some features like the AHV hypervisor and data locality.

As an add-on to the deal, Nuago also replaced the school’s existing drives to larger SSD cache drives at no extra cost to help solve an unexpected issue, where data protection was not able to manage site-to-site replication.

“There were some features that [Prince Alfred] wanted to unlock but technical limitations prevented it, but we stood by the solution and decided to step in to get the performance that we require,” O’Rourke said.

Upon completion of the deployment, Prince Alfred’s IT staff can make changes to the hypervisor and storage system without impacting students and staff.

The 50,000+ square metre facility aims to enable Drakes to access and respond to real-time stock demand.

Drakes IT manager Phillip Romano said the new facility and the technology upgrade proved to be timely. “We’ve seen our warehousing and IT requirements more than double in the past few weeks, but we’ve maintained 100 per cent availability across all of our systems,” he said.

“We can now focus on taking care of our communities’ shopping needs, getting those staff who can do to work remotely, and hire new staff directly from the increasing pool of unemployed Australians.”

Bringing distribution in-house and the move to HCI was originally done with the aim of cutting costs and passing the savings to Drakes customers.

“While consumers are currently flooding into supermarkets, the retail industry as a whole continues to experience unprecedented levels of pressure, competition and consolidation,” Romano said.

“To remain competitive and retain customer loyalty, we need to drive efficiency and create personalised experiences. We see Nutanix and Nuago as key to building the technology and infrastructure we need to do that.”

Looking ahead, Drakes will continue working with Nuago to expand the HCI environment across all stores and wholesale arms, and potentially migrating to the Nutanix AHV hypervisor to support Drakes’ 250 virtual machines.

The company is also looking to expand its relationship with Nutanix with the Xi IoT edge intelligence platform, which uses AI to provide real-time data insights, along with video analytics to create new personalised experiences for customers.