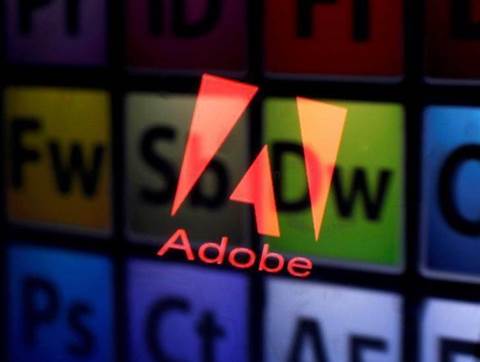 Adobe Systems has forecast total revenue in line with analysts' estimates after topping expectations for nine straight quarters, sending its shares down as much as 1.7 percent in choppy trading after the bell.

The company's estimate of a 22 percent revenue rise in its digital media unit for the current quarter also suggested a slowing pace of growth. The business, which houses its Creative Cloud suite, has consistently clocked revenue growth of about 28 percent in the last four quarters.

"As we continue to migrate the business to subscriptions, we do not expect material Acrobat perpetual licensing this Q4. This is factored into our digital media year-over-year revenue growth target," the Photoshop maker said in a statement.

The company has made a big push towards a subscription-based model from traditional licensed software to enjoy a more predictable recurring revenue stream.

Adobe expects current-quarter revenue of US$2.42 billion and adjusted earnings of US$1.87 per share, which was just 1 cent above analysts' estimate.

Analysts on average were expecting earnings of US$1.69 per share and revenue of US$2.25 billion, according to Thomson Reuters I/B/E/S.

Reuters reported earlier in the day that Adobe is in negotiations to buy Marketo, a privately held cloud-based marketing software company, a step that would compliment Adobe's marketing business and help it take on larger peers like Microsoft.

Shares of the San Jose, California-based company, which have gained 53 percent this year, were down marginally at US$268.

(Reporting by Sonam Rai in Bengaluru; Editing by Shailesh Kuber)