After losing share, Dell on storage warpath to win against NetApp and Pure 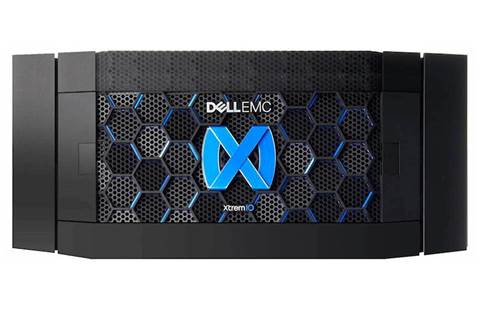 "We've got work to do on storage... It's a big opportunity. We've clearly lost share, it's undeniable, and we're not satisfied with that. We're investing in sales capacity and coverage and expertise," said Clarke during Dell's third fiscal earnings call with analysts Thursday.

"We now have a set of loyalty programs that I believe puts us in a position to walk into customers and say, 'There is no risk picking us and pulling out the competition, and here's our guarantee behind it.''

Clarke said the competition in the market is "clearly" NetApp and Pure Storage. "What I see about them is they have extreme focus and they have clarity in their product line, and I think they're reaping the benefit from that. Some of my remarks are about pivoting our organisation to that," said Clarke.

"Our XtremIO is a very different asset in the marketplace, particularly against the two competitors."

Clarke also said Dell is adjusting and tweaking its sale compensation to have "more bias towards storage".

He added that Dell hired new storage sales specialists during its third fiscal quarter, which ended 3 November 2017, and will continue to hire more throughout the current fiscal year.

"We're going to build out that storage investment. We have decided to build out more capacity for more coverage in the midmarket commercial segment. That's not exclusive to the enterprise segment either, we're also building out more sales capacity in the enterprise," said Clarke.

Clarke, a 30-year Dell veteran, replaced David Goulden in September to lead the all of the company's product business, including its Client Solutions Group and Infrastructure Solutions Group.

For its third fiscal quarter earnings, Dell reported total revenue of US$19.6 billion, up 21 percent year over year.

The Round Rock, Texas-based company also reported US$3.67 billion in storage sales during the quarter, up 19 percent year over year. However, storage sales were flat quarter over quarter.

Dell's storage growth in all-flash arrays and hyperconverged infrastructure during the quarter was offset by low sales in its traditional storage business.

Dell reported record revenue in server sales and double-digit growth for the second consecutive quarter. Dell's server and networking business generated US$3.85 billion in sales, up 32 percent year over year, due to strong growth in its PowerEdge line and cloud servers.

"To be clear, we're not slowing down servers, our job is to speed up storage," said Clarke. "We are working on balancing velocity and profitability within servers and building momentum in storage and data protection going forward."

The company's Client Solutions Group generated nearly US$10 billion in revenue, up 8 percent year over year, with operating income of US$672 million. Dell said it continues to outperform the worldwide PC market even as the market moves back to positive year-over-year growth.

Dell said on its earnings call that it has paid down US$1.7 billion in debt during the quarter since the close of the EMC acquisition.

The company ended the quarter with a cash and investment balance of US$18 billion.