After turmoil, can VMware get vCloud Air back on track? 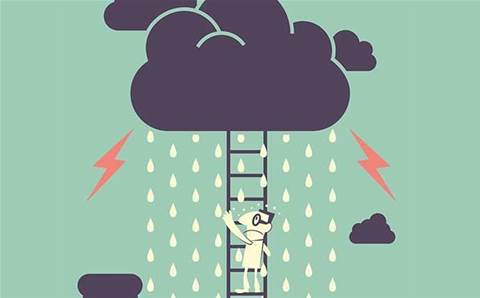 Now that VMware has pulled out of a proposed cloud joint venture with EMC's Virtustream unit, what does the future hold for its vCloud Air hybrid cloud service?

According to channel partners who spoke to CRN USA for this report, VMware has struggled to attract customers to vCloud Air. The service launched in Australia in April 2015, hosted at a Telstra data centre and including Data#3 and Macquarie Telecom as local partners.

VMware's problems were compounded by interference from parent company EMC, which pushed hard for a cloud joint venture that would have combined vCloud Air with Virtustream, the cloud startup it acquired for US$1.2 billion in July.

But VMware shares plummeted in the wake of the joint venture announcement in late October, as investors were apparently not thrilled that VMware would be taking on US$200 million to US$300 million in costs associated with the formation of the new cloud company. VMware pulled out of the joint venture in mid-December.

One source close to both vendors told CRN USA that EMC's senior leadership pushed forward with the plan for a cloud joint venture despite objections from both VMware and Virtustream.

Spokesmen from EMC and VMware declined to comment to CRN USA.

The future of vCloud Air was already shrouded in uncertainty before EMC and VMware unveiled the Virtustream joint venture. Sources told CRN USA in August that VMware was considering cutting back on development and new features for vCloud Air, though the vendor did feature the service heavily at its VMworld conference.

VMware struggled to gain traction for vCloud Air since launching it in May 2013. While many partners and customers see a need for a VMware-compatible public cloud, VMware arrived late to the market and was slow to add table-stakes features like pay-as-you-go pricing and the ability to sign up with a credit card.

"Customers don't see vCloud Air as a viable cloud option, and VMware is constantly struggling to make deals happen," said one US-based VMware partner, who didn't want to be named. "The only reason VMware even gets meetings [with customers] is the VMware brand, and the fact that people are interested in 'safe' places for their VMware workloads."

"We don’t have any intention of considering vCloud Air as an offering to take to market," another VMware partner told CRN USA, adding that his firm is focusing on AWS and Microsoft Azure.

VMware, in its 10-Q filing with the Securities and Exchange Commission in November, acknowledged that it could face a tough time in the market if the EMC Virtustream joint venture didn't happen.

"If we do not form a new cloud services business with EMC, our vCloud Air business may suffer, and it would be difficult to successfully execute a standalone hybrid cloud strategy," VMware said in the 10-Q.

Adding to the uncertainty is the fact that VMware's vCloud Air leadership team has seen significant upheaval in recent months.

So what happens now? VMware, in an FAQ sent to partners after it pulled out of the joint venture, said it would continue operating the vCloud Air business and its vCloud Air Network of service provider partners. Virtustream is one such partner and VMware said it will continue to take part in the program.

While VMware partners aren't seeing much success with vCloud Air, they're not expecting VMware to dump the service entirely. At the same time, partners are hoping VMware will add new features and functionality to the services that might make it more attractive to customers.

"I wouldn’t say that vCloud Air is dead by any stretch," said one VMware partner, who didn't want to be named for competitive reasons. "VMware has so much invested in it that I can’t see them throwing it away."