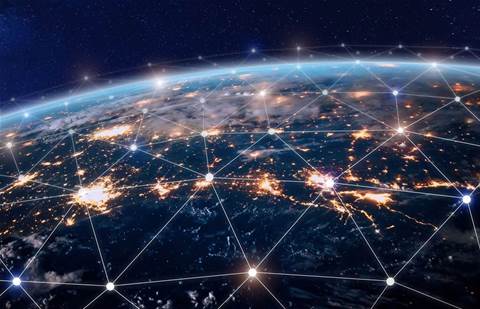 AGC Networks says it has closed its acquisition of Black Box, bringing together two global solutions integrators into a larger organisation with increased scale and growth potential.

The deal is the final step in a process that began with the 11 November news that Mumbai, India-based AGC planned to acquire US-based Black Box for about US$16.4 million.

AGC set up a Singapore-based subsidiary to do the acquisition of Black Box, with that subsidiary in turn acquired by AGC once the shareholders agreed to the sale.

AGC on Monday said the acquisition of Black Box was completed at $1.10 per share, for a total valuation of just over $17.2 million. Black Box shares were trading at about 87 cents per share in November when the acquisition was first announced.

For Black Box, the sale brings closure for a company that has seen its share of challenges. The company in June of 2018 reported in an 8-K filing with the US Securities and Exchange Commission that alerted investors that it might not have the cash on hand to exist as a going concern.

Black Box chief executive Joel Trammell in November told CRN USA his company had significant value, but could not support the debt load that had been placed on the company, making the acquisition by AGC the best option for employees, customers, and shareholders.

Prior to the unveiling of the deal with AGC, Black Box in August said it sold off its federal government IT services business to private equity firm Arlington Capital Partners, which planned to create a new company called Tyto Athene from the former division.

Mike Carney, senior vice president at AGC Networks, told CRN USA that the two companies had dealt with each other for several years.

While both companies have customers across five continents, their customer lists have little overlap, giving both sides the opportunity to grow business worldwide, Carney said.

AGC Networks has traditionally had a strong collaboration practice, including strong expertise in contact centres, information security, and digital applications, he said. Black Box has a strong IT infrastructure business in the wireless and DAS (distributed antenna systems) markets, unified communications expertise, and a Technology Product Solutions division that is a market leader in production of KVM (keyboard, video, and mouse) and cabling products for data center infrastructures, he said.

The acquisition by AGC Networks, combined with the sale of its federal government IT services business, cuts Black Box's original debt of over $150 million by about half, Carney said.

One person apparently not joining AGC Networks is Trammell. According to a Black Box SEC filing on Monday, Trammel is no longer a top officer of Black Box. Carney was unable to discuss Trammell's future other than to say that Trammell was "in transition".

Trammell told CRN USA that he would focus on Khorus Software, a Texas-based company he founded several years ago to provide forecasting software to help CEOs run their businesses.

According to the filing, Sanjeev Verma, CEO and executive direct at AGC Networks, will also be president of Black Box.

Grabbing the hybrid cloud opportunity with Lenovo and Azure Services
By Joseph F. Kovar
Jan 9 2019
10:04AM