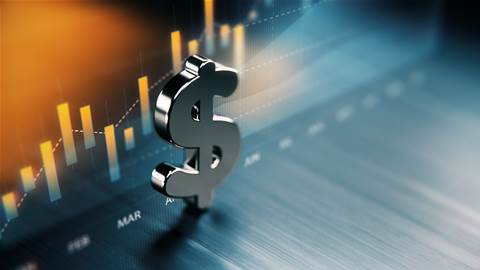 SambaNova Systems, a Silicon Valley startup that makes semiconductors for artificial intelligence related computation work, said on Tuesday it raised US$676 million in a funding round led by SoftBank Group Corp's Vision Fund 2.

The latest injection took SambaNova’s total funding to more than US$1 billion, valuing the company at more than US$5 billion, it said.

The funding round is the third biggest venture capital deal in chips the last two decades, according to data firm PitchBook. While Silicon Valley has focused its fire power on software, social media, and internet investments over the past decade, there has been a shift in recent years to back more challenging technology, including semiconductors. PitchBook’s data shows global venture capitalists invested US$7.4 billion in 2020, a 20-year record.

SambaNova does not sell its chips, manufactured by Taiwan Semiconductor Manufacturing Co. (TMSC), instead using them to build servers and AI software it then leases to companies for a subscription fee.

“We provide the services to customers so that they don't have to actually hire and build entire teams of machine learning experts in order to actually be able to run these machines,” said Rodrigo Liang, SambaNova co-founder and CEO.

Liang said SambaNova developed its own chip architecture rather than use one of the major architectures such as ARM or x86, used in smartphones and laptop computers.

The company avoided the impacts of a global chip production shortfall by investing to secure production capacity with TMSC when it heard “rumblings of a shortage” early last year, he said.

SambaNova was co-founded by Liang and Stanford University professors Kunle Olukotun and Chris Ré in 2017. Olukotun is the leader of the Stanford Hydra Chip Multiprocessor research

project and Ré is an associate professor in the Stanford AI Lab.