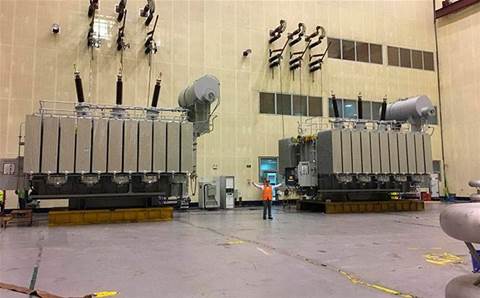 AirTrunk could already be eyeing expansion beyond its two pending data centre facilities in Sydney and Melbourne, following the appointment of executives from Amazon and Alibaba.

Slaven, who was senior construction manager at Amazon from 2014 to 2017, will identify and source properties across Asia Pacific for development as data centres, AirTrunk chief executive Robin Khuda said.

The new recruit will be responsible for delivering industry-leading, energy-efficient designs, as well as expanding and managing construction of AirTrunk’s facilities throughout the region.

Slaven brings "a wealth of experience in developing sophisticated, large-scale facilities across Asia Pacific", according to AirTrunk.

This includes developing, designing and constructing "world-class data centres from concept through to completion".

He will "leverage this experience to support AirTrunk’s rapid growth across the Asia Pacific region, building fast, innovative, high-quality, cost effective and scalable solutions for its clients".

Khuda said: “Paul is highly motivated and joins us with extensive industry knowledge and experience, which will make a significant contribution to our team. His role is critical to ensuring the delivery of our major construction projects, from site selection through to construction oversight and quality control.

“Paul will join our recently appointed technical director Leo Chen from Alibaba group and combine their extensive market knowledge of site selection to support our business as it continues to grow and develop across the Asia Pacific region.” Khuda addded.

AirTrunk's Sydney and Melbourne data centres will begin operating in the third quarter. The company bills itself as "a hyperscale data centre specialist creating a platform for cloud, content and large enterprise customers across the Asia-Pacific region".

The facilities manager of the Melbourne data centre, Igor Petrenko, joined from Metronode in March, following the appointment of Sydney counterpart Daniel Farrugia, who came from Google in Mountain View in February.

The company outed itself last July when it snapped up its two data centre locations and revealed plans to invest $1.23 billion in Australia in the next three or four years.

Khuda worked in senior management roles with NextDC from its launch and public float in 2010 until he departed in 2013. His other employers included Pipe Networks and Fujitsu.

The company has broken ground on its two sites, the larger one in the suburb of Huntingwood in Sydney's west, for which it paid  $31 million, and a smaller data centre in Derrimut in Melbourne's west, which cost $15 million, according to the Australian Financial Review