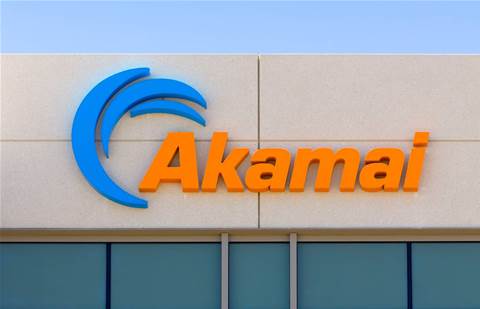 The intelligence edge platform provider said Inverse’s robust data repository and algorithms can provide organizations with a deep understanding of the expected network behaviors of IoT and mobile devices. The deal should enhance Akamai’s enterprise security offerings and expand its portfolio of zero trust and secure access service edge tools for IoT.

“Enterprises already have thousands of ‘things’ connecting to their networks and that number is only expected to grow, making securing the enterprise ever more difficult,” Robert Blumofe, Akamai’s executive vice president of platform and general manager of the enterprise division, said in a statement. “Gaining context and visibility into the device landscape, with what the devices are communicating and their typical behavior is critical.”

Terms of the deal, which is expected to close in the current quarter, were not disclosed, although Akamai said it’s not expected to have a material impact on the company’s 2020 financial results nor its operating margin goal for 2020. Akamai’s stock remains unchanged at US$111.03 per share in pre-market trading Monday.

Inverse was founded in 1998, employs 23 people and has not raised any outside funding, according to LinkedIn and Crunchbase. Akamai declined to make an executive available for comment on the acquisition.

“Any number of internet-connected devices can be a jumping-off point for malware to discover and exfiltrate sensitive corporate data,” Inverse President and CEO Ludovic Marcotte said in a statement. ”The Fingerbank data lake provides visibility into the device landscape—what the devices are communicating with and their typical behavior.”

Bringing together Akamai and Inverse’s capabilities will create an offering that applies zero trust controls and enhanced security to the full landscape of devices and workforce, Blumofe said. Inverse brings its device fingerprint data repository to the table, he said, while Akamai’s data comes from the 1.3 billion device interactions that take place daily across its Intelligent Edge security platform.

Akamai introduced IoT Edge Connect in June 2019 to help companies support larger IoT deployments by improving the way messages are securely sent to and from devices. The service was designed to support hundreds of millions of endpoints and 10 times more messages than other IoT or in-app messaging cloud offerings while improving the battery life of devices, according to Akamai.

The Inverse deal comes two years after Akamai bought Janrain to improve the security around customers’ apps, websites and APIs by leveraging identity access management. Fusing together Akamai’s bot manager with Janrain’s skill set allowed customers to make better decisions about which users should be allowed to access registration and login pages based on past online behaviour.

Just last month, Akamai rolled out a new partner program that promised to more than double margins for solution providers that deliver design and implementation services to customers. Solution providers that are certified to deliver advanced services around Akamai can earn margins of up to 40 percent, while demand generation partners will be eligible for margins of between 15 percent and 20 percent, it said.

Grow your software revenue by selling these 5 affordable, essential tools for the modern workplace
By Michael Novinson
Feb 2 2021
7:07AM