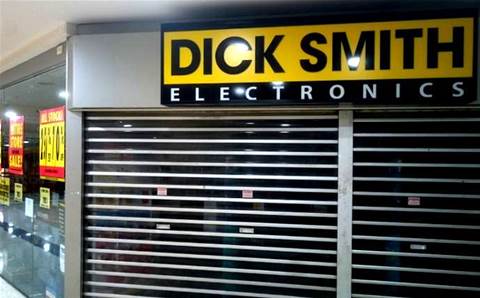 The receivers of electronics reseller Dick Smith has announced all the remaining 195 Australian stores would close permanently by 3 May.

Ferrier Hodgson, appointed in January as receivers, has been closing the network of physical stores progressively since 25 February, resulting in the loss of 2,460 jobs in Australia.

The first batch of closure dates, for 35 outlets, were announced on 30 March. Another 53 stores were revealed last week to shut between 23 and 26 April.

In a short statement, Ferrier Hodgson today said that the remaining 195 shops would close between 27 April and 3 May.

The electronics reseller went into both voluntary administration and receivership on 5 January, unable to cope with a reported debt of $390 million. Only 14 months ago, Dick Smith was celebrating a $56.8 million year-on-year increase in revenue to hit $693.8 million for the half-year to 31 December 2014, with net profit up $25 million to $25.2 million.

Dick Smith established his eponymous brand in 1968 as a car radio installation business in Sydney. The entrepreneur sold his share to Woolworths in 1982, with the supermarket giant selling it to Anchorage Capital Partners in 2012. The business floated on the ASX in 2013.

Anchorage Capital Partners this month denied any wrongdoing in the management of the business in its submission to a senate enquiry into the collapse of Australian retailers.

The Dick Smith name will live on as an online shop, after Kogan acquired selected assets in March.