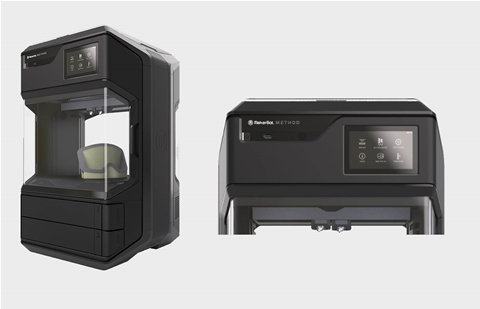 Melbourne distie Alloys has started to handle two new 3D printers is seeking new partners to take them to market.

The new devices are the MakerBot METHOD and METHODX.

MakerBot was acquired by rival printer-maker Stratasys in 2013 for US$403m. The two have offered their own products since, but the new METHOD machines are the first collaboratively-developed offerings.

The METHOD prints with filaments of PLA or PETG, while the X uses more resilient ABS material.

David Guttmann, Alloys’ strategic alliances director, told CRN both are aimed at professional users who currently have their 3D printing done at outsourced bureaux that do a fine job but take a few days to complete a job.

At $12,499 and $14,999 apiece, he hopes the new printers will see engineers, product designers and the like take the plunge and buy their own 3D printer, or upgrade beyond prosumer-class devices to start making more precise models.

To find such customers, Alloys is on the hunt for new partners willing to invest in a demo machine and devote resources to selling more.

Guttman said some current Alloys partners should appreciate the new products, as they’ll help them get deeper into their customers. He also expects new partners to be interested by the devices, as they're more capable than previous MakerBot models that were best-suited to education environments.