Allphones writes off millions after losing Optus and Virgin 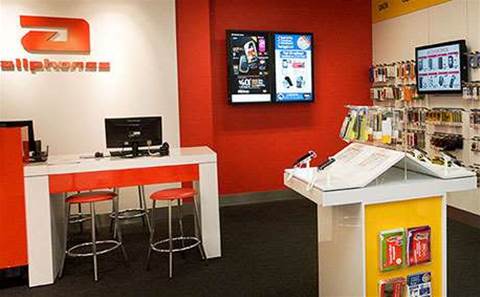 The company behind AMT Group, the parent of Allphones, has revealed a $25 million impairment charge after losing its contract to run 45 Virgin Mobile stores in Australia.

According to Glentel's second-quarter 2014 results, published on 6 August 2014, the company was served with a 180-day notice from Optus on 7 April 2014 "of its intent to assume the management of its Virgin Mobile-branded corporate stores, which are currently managed by AMT".

"In Australia, Optus owns the Virgin Mobile brand rights and, as such, our understanding is that based on its corporate strategy, Optus decided to bring management of all Virgin Mobile corporate stores in-house," read the statement.

Glentel, which reports in Canadian dollars – currently about one-to-one with the Australian dollar – said the termination had resulted in a "non-cash accounting impairment of CA$25 million, CA$20.3 million net of tax".

"Although we are disappointed that our retail relationship with Optus is ending, we see many opportunities in other aspects of our global business which will mitigate the impact of the loss of this contract," read the statement.

Beyond the write-down, the 2013 loss of the Virgin Mobile and Optus product lines also hurt Allphones' revenue. Sales were down CA$12.4 million from the same quarter a year before, falling 30 percent from CA$40.9 million to CA$28.5 million.

Earnings before interest, taxes, depreciation or amortisation fell significantly, down CA$1.7 million, or 88 percent, from $1.9 million to CA$226,000.

With the Optus relationship unravelling and facing major competition from "the largest national wireless carrier" – assumed to mean Telstra – Allphones has increasingly cozied up to Vodafone.

Vodafone "reduced its independent dealer footprint in 2013 but continued its offerings through Allphones", according to the report.

"Over the past year, the relationship between AMT and Vodafone has continued to develop, with Allphones in Australia selling the Vodafone brand as its [marquee] offering.

"With its new 4G/LTE network, Vodafone is aggressively pursuing new customers, and AMT views this relationship as a significant growth opportunity for both Vodafone and the Allphones brand in Australia."

Glentel also revealed that it has leveraged its Australian presence to expand into the Philippines, where it now runs 60 Allphones locations.