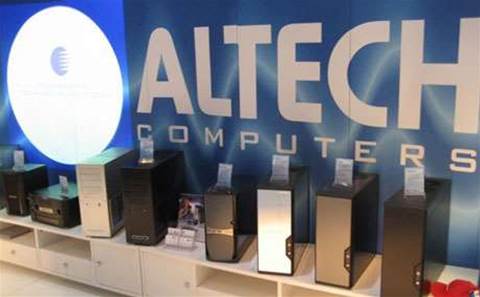 Distributor Altech Computers is planning to move the majority of its warehouse and service operations in Brisbane and Melbourne to Sydney, managing director Antony Sheen has confirmed.

Sheen said he wasn't in a rush to close the warehouses, with a “small” amount of operations to continue in Brisbane and Melbourne for the immediate future.

However, he said the two warehouses were expected to completely close by early 2016 in order to centralise shipping from Sydney.

Sheen said Altech will to continue to have sales and business development managers working in both Queensland and Victoria.

Perth and Adelaide operations would not change, he said.

Sheen was unable to confirm whether the move would mean job losses. He said staff had been informed of the plans and affected employees offered the opportunity to relocate to Sydney.

“We want this transition to be as smooth as possible,” he said.

He said Altech was “optimising” logistics and in July had moved to a larger warehouse in Olympic Park in Sydney to allow it to handle stock more efficiently.

This would mean customers in Brisbane and Melbourne would have access to more stock from Sydney, Sheen said. He is also hoping the changes mean faster delivery of stock and will help avoid double-handling.