Amaysim back in the black after marketing splurge 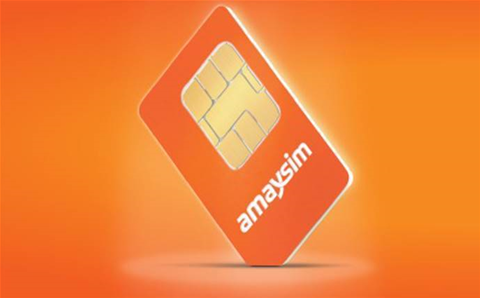 Amaysim is back in the black after quitting the broadband market, returning to a half-year profit in the first half of FY20.

The challenger telco posted net profit after tax of $3.7 million for the six months ending 31 December 2019, up from a $4.8 million loss during the same period in 2018.

Amaysim explained in its results announcement (PDF) that this is due to lower ARPU across both its mobile and energy businesses due to ramped up marketing efforts.

Amaysim announced in August 2019 it would significantly ramp up its marketing initiatives by splashing another $15 million to market its mobile division. While the decision resulted in lower EBITDA and ARPU in the short term, the increase in mobile subscribers was worth it.

ARPU fell 15.4 percent to $22.34, while recurring mobile customers organically grew by 41,000, bringing the total to 706,000. Amaysim’s mobile business added another 41,000 recurring customers when it finalised the acquisition of Jeenee Mobile on 30 November.

“Our plans in market are the most competitive they have ever been, enabled by our revitalised network supply agreement (NSA) with Optus, signed in May 2019. The agreement continues to underpin our mobile business and enable us to be more agile and competitive when it comes to launching and developing new customer offers.”

Looking ahead, the company said it will invest even more in marketing initiatives to “drive sustained and commercially viable growth,” and is on track to hit $33 – 39 million in underlying EBITDA in FY20.

Grabbing the hybrid cloud opportunity with Lenovo and Azure Services
By Brendon Foye
Feb 24 2020
11:02AM