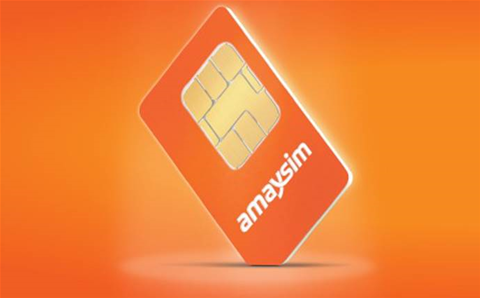 Amaysim's latest financial report has given an indication of the cost of exiting its broadband and devices businesses late last year.

The telco revealed that it had sold its fixed line broadband customer base for $3 million in October last year, blaming high wholesale costs and fierce competition as the reason for its exit. Amaysim had only entered the broadband market just 18 months prior when it acquired ISP Australian Broadband Services for $4 million.

Amaysim's financial report for the half-year ending 31 December 2018 show that the broadband business had brought in $4.3 million in six months, however, network and wholesale costs amounted to $5.5 million. With another $2 million in operating expenses, the broadband segment had accrued negative EBITDA of $3.3 million in the six months before it was shuttered.

When it was closed, Amaysim expected a $7 million non-cash impairment as a result of writing down the carrying value of its broadband assets. This was reflected in a $18.2 million drop in Amaysim's intangible assets, though that also included an impairment of the value of its energy partnerships, and the effects of adopting a new accounting policy.

As for the broader results, revenue was down 5.6 percent to $263 million for the half-year, while underlying EBITDA grew 32.2 percent to $29.2 million.

The company made a net loss of $4.8 million, which it said was mostly due to the impairment charge relating to its energy intangible assets.

Amaysim's core mobile business was down, with revenue dropping from $125.6 million to $108 million and EBITDA dipping 4.6 percent to $10.6 million. Without the impact of the new accounting standards, mobile earnings would have been down 19.8 percent to $8.9 million.

The company said mobile revenue had taken a hit due to its customers moving towards lower value plans and increased data inclusions, causing mobile ARPU to fall by 19.3 percent to $15.34.

Despite the waning financials, the mobile customer base grew 3.9 percent to 1.17 million while churn stayed low at 2.3 percent.

The energy business fared much better and is now larger than the mobile business in terms of earnings and revenue. Energy EBITDA was up 69.2 percent to $18.8 million, while revenue was up an additional $2 million to reach $155.1 million.

"The 1H19 results included a strong performance in energy offset by a softer half for mobile, which continues to be under pressure from intense competition," chief executive Peter O'Connell said.

"It appears that history is repeating, with the mobile market experience intense competition in the run up to a generational technology change to 5G. With existing products having exhausted the features and advantages of 4G handsets and networks, price and inclusions are left as the key battleground. Whilst the industry conditions are likely to remain challenging in the near term, Amaysim will work hard to maintain its position as the customer champion in mobile."