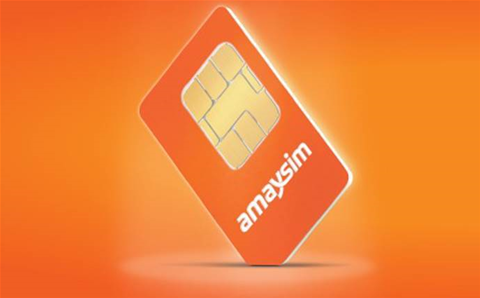 Amaysim will discontinue the sale of devices in the first half of its 2019 financial year in an effort to simplify its operational structure.

This comes less than a year after launching its devices store in October last year, offering mobile phones and tablets from vendors like Samsung, Apple, Huawei, HTC, Sony and others.

“The decision to discontinue selling devices was not taken lightly and will allow the company to simplify its operating structure, concentrate on its core businesses and grow,” Amaysim managing director Peter O’Connell said.

“We have developed terrific intellectual capital which will ultimately stay with the company. Our team will keep a close eye on the devices market and we may look to re-enter at a later stage, if the investment case makes sense at the time.”

Meanwhile, the company as a whole posted strong revenue growth on the back of its energy business, softening the blow of its underperforming mobile business.

“Our diversification into energy has enabled Amaysim to deliver growth despite a challenging mobile market. The early success of Amaysim Energy reinforces our belief that our cross-sell offering will differentiate the company in a crowded telco market,” O’Connell said.

“At around 54 percent of statutory net revenue, energy has, for the first time, contributed the majority of the group’s revenue. The greater proportion of revenue from energy has provided growth and resilience in our business.”

The telco will also place its broadband service under review despite almost doubling subscriber numbers to reach 14,800, due to “unsustainable” wholesale costs imposed by the NBN.

Amaysim expects continued earnings growth with the help of its energy business and that the mobile business will continue facing competition as average revenue per user (ARPU) and margins continue to drop despite subscriber growth.

The telco plans to invest in new mobile products and in the 4.5G and 5G mobile network spectrum, and expects the potential TPG and Vodafone merger to help increase ARPU and margins.

Last month, Click Energy was sued by the Australian Competition and Consumer Commission for allegedly making false or misleading marketing claims about discounts and savings from October 2017 to March 2018.

That same month, Peter O'Connell took over as Amaysim's chief executive and managing director following the departure of Julian Ogrin, who has joined the merged Foxtel and Fox Sports.