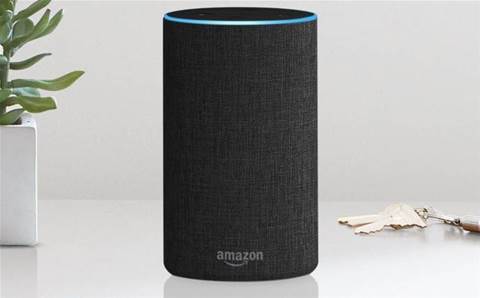 Amazon's virtual assistant is finally coming to Australia with Alexa-enabled devices arriving in early February – and fast-growing telco Amaysim is one of the first technology companies to announce integration.

Amazon will sell three Alexa-enabled devices, the Amazon Echo, Echo Dot and Echo Plus. Amazon Alexa and Echo devices were originally revealed back in 2014.

Amaysim will use Alexa's "skills" to allow customers to manage their account services and find their mobile phones by triggering a call.

The telco's Alexa skills were built in partnership with DiUS, the Melbourne-based AWS partner that won a 2017 CRN Impact Award for its virtual reality project with REA Group.

"We’re proud to support Amaysim in delivering innovation to the Australian market and in particular for inspiring a higher sense of customer loyalty through human-centred AI."

The standard Amazon Echo will cost $149, which has built-in far-field voice recognition and omnidirectional speakers. The Echo Dot is a puck with the same built-in features as the Echo that connects to existing speakers and costs $79. The Echo Plus, priced as $229, is also a smart home hub that can automatically detect ZigBee-supported smart devices in the home.

The three devices will be available to pre-order from Amazon's online store today, and will also be sold at JB Hi-Fi, Officeworks, Telstra and Myer from February. Amazon said that Alexa will even have its own voice and local knowledge for Australia and New Zealand.

“Tens of millions of customers are already using Alexa, and today we’re excited to bring her to Australia with a localised experience designed for our Australian customers," said Amazon senior vice president of devices and services.

"The combination of Alexa and Echo provides customers with hands-free access to music, weather, news, information, and more – just ask.”

While Amazon Echo has been focused on consumer use cases, the company announced at its re:Invent conference in Las Vegas last month that it was bringing its voice assistant into the workplace with Alexa for Business.

Alexa for Business allows users to build their own private or public capabilities called "skills," as well as integration for Microsoft Office and Google's productivity apps. The Australian skills team is led by former Intel managing director Kate Burleigh, who announced in December she was joining Amazon.