Amazon to create "hundreds of jobs" in Melbourne distribution centre 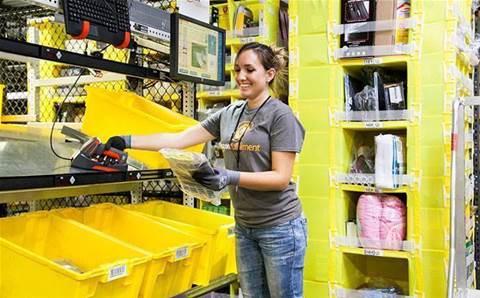 Amazon has confirmed it will open a 24,000 square metre fulfilment centre south of Melbourne ahead of the launch of its retail marketplace.

The retail giant signed a lease to occupy a former Bunnings Warehouse distribution centre in the M2 Industry Park in Dandenong South.

The centre will create "hundreds of new roles" in the region, according to Amazon. The retailer has already begun recruiting for a range of roles, including operations managers, pickers, packers, systems technicians and HR specialists.

Amazon's Australian director of operations Robert Bruce said opening the fulfilment centre was an "integral early step" towards opening up a retail offering in Australia.

"Over time, we will bring thousands of new jobs to Australia and millions of dollars of investment as well as opening up the opportunity for thousands of Australian businesses to sell at home and abroad through Amazon Marketplace,” he said.

“This new fulfilment centre will stock hundreds of thousands of products which will be available for delivery to customers across Australia when we launch our retail offering. We will be focusing on offering our Australian customers low prices on a great selection of products and can’t wait to get started.”

Amazon finally announced that it would set up its retail business in Australia in April this year. Despite widespread speculation, the company has remained tight-lipped on an actual launch date.

Cloud application revenue made easy
By Brendon Foye
Aug 3 2017
10:24AM