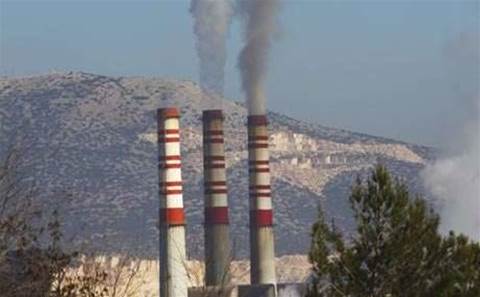 Greenpeace has slammed Amazon Web Services in its April 2014 report, "Clicking Clean: How Companies are Creating the Green Internet".

The report rated the environmental impact of 19 global web companies across a number of factors, including their use of renewable energy and transparency.

"Amazon Web Services (AWS), which provides the infrastructure for a significant part of the internet, remains among the dirtiest and least transparent companies in the sector, far behind its major competitors, with zero reporting of its energy or environmental footprint to any source or stakeholder," according to the report,

Amazon had one of the lowest scores on Greenpeace's Clean Energy Index, on par with HP and Oracle and second only to eBay, hosted on Equinix.

AWS was also the only provider to score an "F" in terms of transparency. "Among the major cloud providers, only Amazon refuses to provide any details on the energy performance and environmental impact associated with its operations," wrote Greenpeace.

Amazon responded by saying the report was based "false assumptions on AWS operations and inaccurate data on AWS energy consumption".

"We agree with Greenpeace that technology leaders should help safeguard the environment by implementing both efficient use and clean sources of energy. However Greenpeace's report, 'Clicking Green', misses the mark by using false assumptions on AWS operations and inaccurate data on AWS energy consumption. We provided this feedback to Greenpeace prior to publishing their report.

"We work hard on our own, and together with our power providers all over the world, to offer AWS Cloud services in an environmentally friendly way in all of our regions.  AWS operates efficient and highly utilised data centres across 10 different regions globally, two of which (Oregon and GovCloud Regions) use 100% carbon-free power.

"We like offering customers the choice of being able to run carbon-free, and we love doing it without charging a premium over other North American regions." 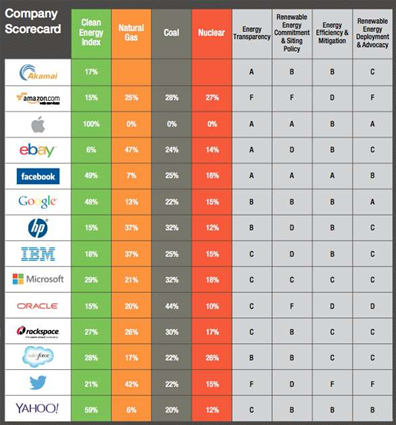 The channel can help

Bob Sharon from Melbourne's Green Global Consulting, told CRN that data centres didn't have to be dirty – and that the channel had a role to play in greener cloud infrastructure.

"I'm a believer in a win for the bottom line and the environment. You would think there is bottom line imperative to get a level of efficiency and run [data centres] on renewable power," said Sharon.

He said that the best operators were those generating clean power onsite themselves; he was less impressed by those buying carbon offsets.

"[Offsetting] is better that nothing. It is a step above buying off standard electricity... however, it doesn't compare to you doing it yourself."

According to the Greenpeace report, "A growing number of data center operators have installed renewable or alternative generation technology (primarily fuel cells) onsite to generate power for their facilities."

Sharon said: "That gets more brownie points with me. Their capex would be quite a lot higher – fuel cells are not cheap. One of our team has been doing an analysis on fuel cells, they are expensive even at today's prices."

Many Australian managed service providers now operate out of local data centres or partner with public cloud providers, and Sharon said these channel players could drive the move to a greener internet.

"I think that is critical. There are operators who aren't as green and I think they can make a play down that path and offer their customers a much greener cloud service, and have it transparent, because that is the key."

Sharon pointed to Metronode, NextDC and Digital Realty as three local operators with the most energy-efficient facilities.

He said that managed service providers should look to the NABERS rating scheme for data centre energy efficiency as evidence of sustainable option.

So far, only one local data centre, Fujitsu, has been certified to NABERS.

The delay is partly due to the fact that for a data centre to get certified, they need to provide assessors with 12 months' worth of data.  "It is early days for NABERs. That will come," said Sharon.

How to go green

The Greenpeace report made three key recommendations for cloud providers and data centre operators to create a greener internet: a move to renewable energy, a commitment to transparency on IT performance and consumption and a strategy for improving energy efficiency.

The NGO singled out certain players as leading in these areas.

"Apple has done the most of any data center operator to make its part of the internet green through the onsite installation of renewable energy, particularly solar power."

The report also mentioned eBay, which "unplugged" its Topaz data centre in Utah from the grid and moved to onsite fuel cells powered by natural gas for 75 percent of its electricity needs. Rackspace, Salesforce and Box also came in for a nod for adopting 100 percent renewable energy policies in 2013.

As an example of energy efficiency, the report singled out the Open Compute Project launched by Facebook in 2011.

"While OCP’s impacts are still emerging, the project shows the potential of collective action in tackling the sector’s energy footprint.

"Such a collective approach could have a truly disruptive effect on the status quo in the utility sector, which is stubbornly clinging to outdated models of centralised, polluting power plants," according to the report.