Amazon gets an 'F' in 2017 Greenpeace Guide to Greener Electronics 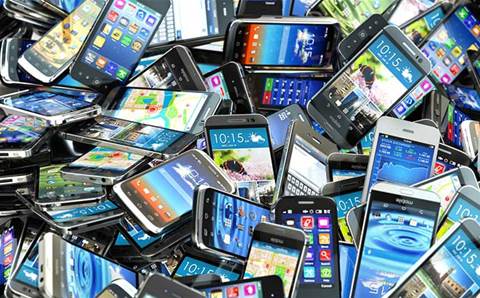 The report analyses 17 consumer electronics manufacturer and advises how they could improve their environmental impacts. Amazon and Samsung were given an 'F' and 'D-' minus rating, respectively, failing to meet Greenpeace's energy standards.

Greenpeace negatively graded the companies on lack of transparency, supply chains that used "dirty energy", the increasing prevalence of planned obsolescence and because the companies have been slow in sourcing more secondary materials to be used in new products.

“This hidden reality stands in stark contrast to the forward-thinking, environmentally conscious image most IT companies project.”

The guide focuses on three “critical impact areas”: power efficiency and the use of renewable energy; sustainable design and the use of recycled materials; and the elimination of hazardous chemicals from both the products and the manufacturing process.

The report gave modular phone maker Fairphone the highest mark of B, citing transparency and the ease of repairing and upgrading due to the devices’ modularity.

Apple received the second highest mark of B-, with its commitment to use 100 percent renewable energy to power its data centres and other operations, and the iPhone maker's “ambitious” plan to transition to using materials from 100 percent closed-loop sources.

While Amazon achieved marks of D and D- for energy and resources, respectively, China-based smartphone vendors Oppo, Vivo and Xiaomi all received F marks across the board.

The report cited a common lack of transparency, commitment to sustainability and the disposal of hazardous chemicals.

Rounding up the report cards were Dell, HP, Lenovo, Microsoft each with marks from C- to C+, while Acer, LG, Sony, Google, Huawei, Asus joined Samsung with marks ranging from D+ to D-.

“Greenpeace published the guide with regularity, and as a result saw steady progress from companies to eliminate hazardous materials from products and make them more energy-efficient,” the report said.

“Now, it is clear the impacts of the linear take-make-waste business model employed by device manufacturers extend beyond the concerns of hazardous e-waste.” 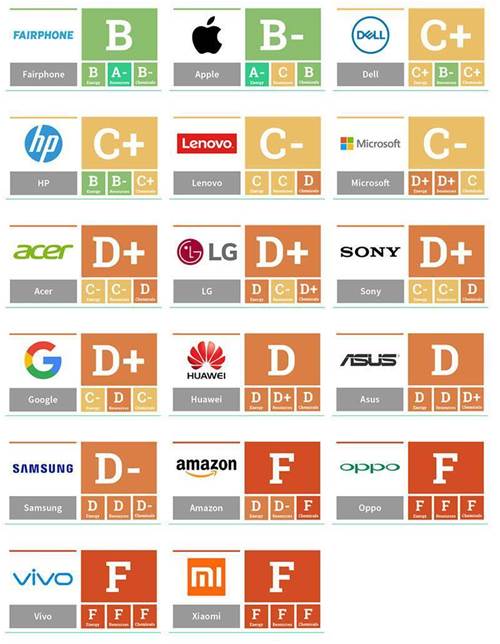 Source: Greenpeace Guide to Greener Electronics 2017
Got a news tip for our journalists? Share it with us anonymously here.