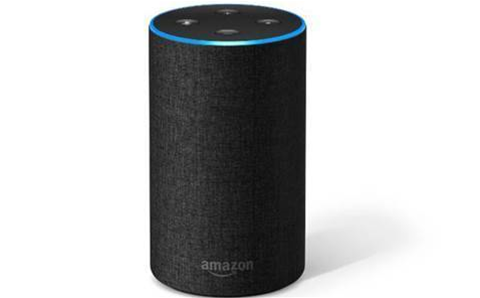 Amazon has launched a smaller version of the company's Echo Show smart speaker, which is powered by its popular voice assistant Alexa.

Priced at $129, the new device, called Echo Show 5, features a 5.5-inch screen, a camera and a speaker and is much cheaper than its earlier version, which is priced at about $349.

The latest device also comes with an optional magnetic stand for an additional $29.99, the company said.

The e-commerce giant had originally launched the Echo Show, a touchscreen device that allows video calling, in 2017.

The new Echo Show device also comes with additional privacy protections, having a built-in camera shutter, while still being able to talk to Alexa.

The device is available for pre-order starting Wednesday and will begin shipping in the United States, United Kingdom, Germany, France, Italy, Spain, Japan, Canada, New Zealand and Australia next month and to India in July, Amazon said.

(Reporting by Arjun Panchadar in Bengaluru; Editing by James Emmanuel)

Cloud application revenue made easy
By Staff Writer
May 30 2019
6:14AM