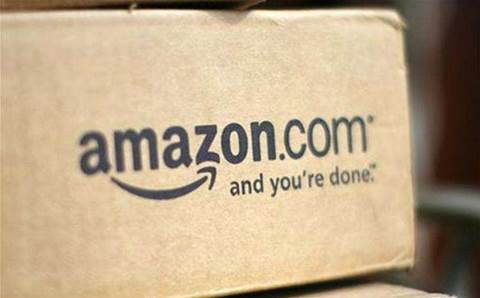 Tech behemoth Amazon has said it won't move forward with plans to expand its second headquarters in New York City.

Following months of opposition from local lawmakers and residents, Amazon is cancelling plans for one of its East Coast-based HQ2 campuses.

"After much thought and deliberation, we’ve decided not to move forward with our plans to build a headquarters for Amazon in Long Island City, Queens," said Amazon in a Valentine’s Day blog post.

Amazon did not return CRN USA's request for further comment on its decision to pull out of the New York location prior to publication, but according to the blog post, the decision reached on Thursday was "disappointing" to the tech giant.

"For Amazon, the commitment to build a new headquarters requires positive, collaborative relationships with state and local elected officials who will be supportive over the long-term. While polls show that 70 percent of New Yorkers support our plans and investment, a number of state and local politicians have made it clear that they oppose our presence and will not work with us to build the type of relationships that are required to go forward with the project we and many others envisioned in Long Island City," the company shared in its blog post.

Amazon in November ended a year of speculation into where its HQ2 might be located in November when it announced that it would be splitting its second home between two East Coast-based cities; including the Crystal City area of Arlington near Washington, D.C., and the Long Island City neighborhood of Queens.

Specifically, Amazon planned to build a sprawling complex in Long Island City in exchange for close to $3 billion in state and city incentives. The company said it would create more than 25,000 employees in New York City.

While New York governor Andrew Cuomo and New York City mayor Bill de Blasio had championed the effort to bring Amazon to the city, many lawmakers, including New York US representative Alexandria Ocasio-Cortez and state senator Michael Gianaris, vocally opposed the deal, as did some of the city's residents. Amazon's decision to pull out of New York City follows months of reports that the Seattle-based tech leader was reconsidering the Long Island City location.

The unrest has allowed other East Coast-based cities to step up to confirm their continued interest. Dallas and Chicago have since been courting Amazon, with each city putting up US$1.2 billion and US$2.25 billion, respectively. Newark, New Jersey, is reportedly throwing its hat in the ring. Connecticut and Miami representatives are also making their interest known to Amazon in the form of letters and talks with the company.

Amazon, however, said it has no plans to reopen the HQ2 search at this time.

Amazon said it still has plans to go ahead with its Virginia location, as well as its Operations Center of Excellence it plans to build in Nashville, which the company expects will create more than 5000 new jobs.

"We will proceed as planned in Northern Virginia and Nashville, and we will continue to hire and grow across our 17 corporate offices and tech hubs in the U.S. and Canada,” the blog post stated.